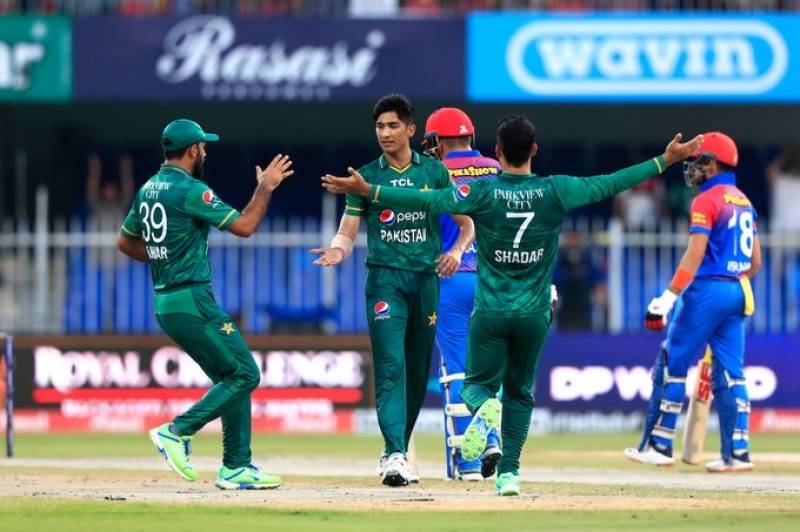 The 19 years old smashed two consecutive sixes in the final over, snatching a nearly achievable victory from the hands of Afghanistan.

Chasing a simple target of 130, the top order of the Pakistani squad tumbled, and Naseem was the last player who hits back-to-back shots in final over to win nailbiting thriller.

Afghan bowling side have displayed A-game as they sent Pakistani skipper Babar Azam, Fakhar Zaman and Mohammad Rizwan early but the partnership between Shadab Khan and Ifthikhar Ahmed put Men in Green back.

Iftikhar Ahmed was then outclassed which gave Afghanistan a glimmer of hope once again.

In the first half of the game Afghanistan’s opening side tumbled; Rahmanullah Gurbaz (17) and Hazratallah Zazai (21) returned to the pavilion as their innings got derailed.

Young blood Ibrahim Zadran remains the top scorer with 35, despite the efforts the Afghan side post 129, far less than what cricket pundits predicted before the clash.