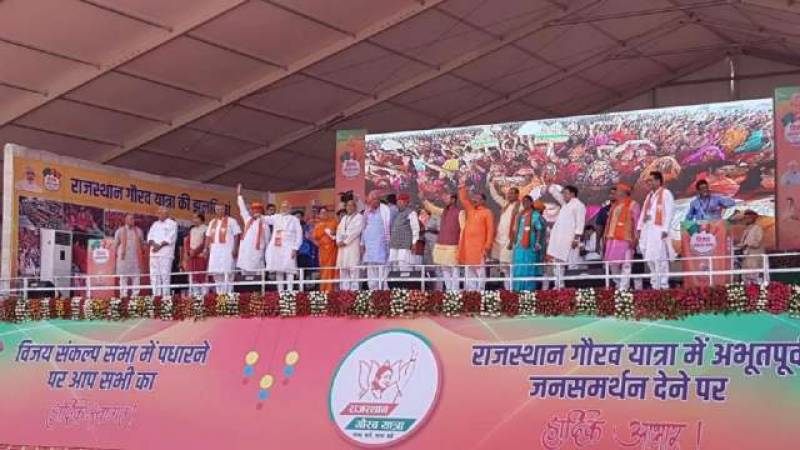 NEW DELHI - Indian Prime Minister Narendra Modi has vented out his frustration over questions of surgical strike by opposition parties.

He on Saturday has accused the Opposition parties of insulting soldiers by questioning surgical strikes.

He was addressing a public rally on the culmination of Chief Minister Vasundhara Raje's Rajasthan Gaurav Yatra, Modi said that the state is set to change its tradition of returning Congress, BJP in alternate elections, and this time it will vote BJP again to power.

This was the first political rally of the prime minister in Rajasthan, where Assembly polls will be held later this year.

On his arrival from New Delhi, Modi was welcomed by Raje at the Jaipur airport. He then left for Ajmer in a helicopter, which has reached near the rally venue at Kayad Vishram Sthali on the Ajmer-Jaipur highway.