Pakistani openers off to an excellent start against Australia
7 Oct, 2018 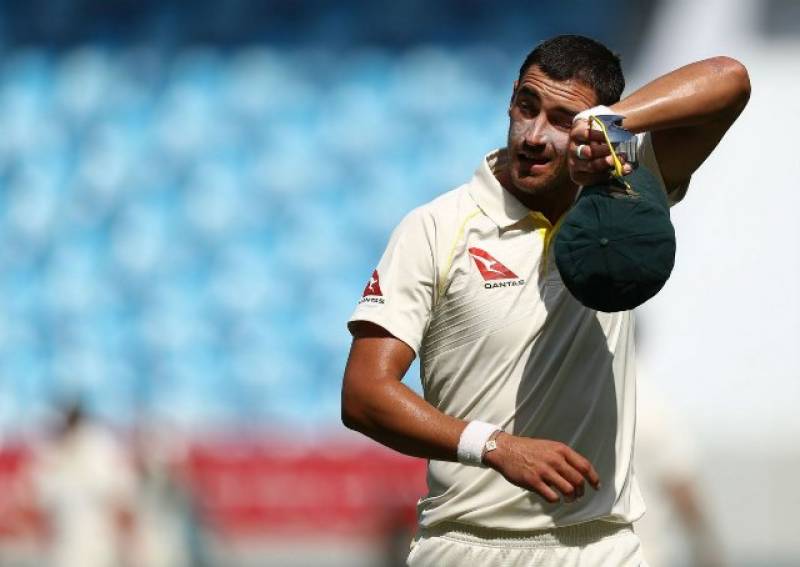 *DIBAI - Pakistan openers Mohammad Hafeez and Imam-ul-Haq put on a solid unbroken stand of 89 by lunch on the opening day of the first Test against Australia in Dubai on Sunday.*

Hafeez, playing his first Test for two years, was unbeaten on 48 and Imam on 36 after Pakistan captain Sarfraz Ahmed won the toss and opted to bat on a grassless pitch.

Australia captain Tim Paine brought on off-spinner Nathan Lyon in the ninth over after pace duo of Mitchell Starc and Peter Siddle found no assistance from the pitch.

Hafeez has so far hit six boundaries in his 92-ball knock, while Imam has hit four fours and a six off left-arm spinner Jon Holland, as neither opener appeared to experience any problems batting.

Starc was brought back for a second spell but had no luck even with his ferocious bouncers as Australia toiled hard for a breakthrough.

The second Test starts in Abu Dhabi from October 16. - APP/AFP