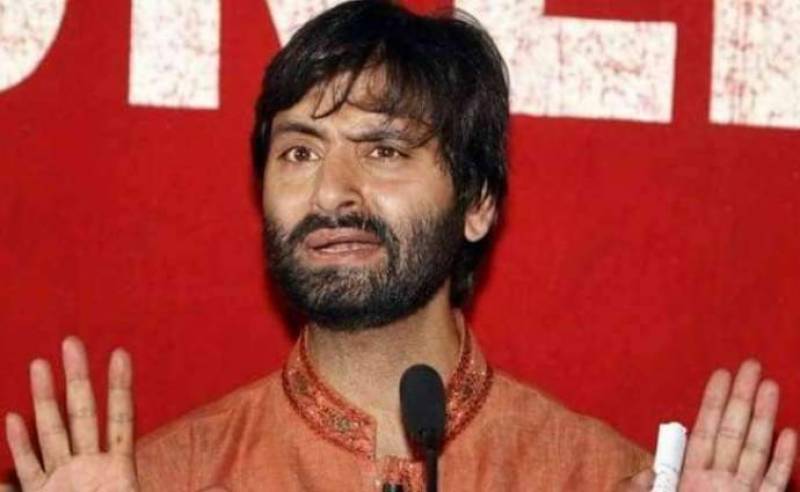 ISLAMABAD: Chairman of Jammu and Kashmir Liberation Front (JKLF), Muhammad Yasin Malik, has said that a military and police operation has been launched under the garb of sham elections in the Indian occupied Kashmir.

According to Kashmir Media Service, Muhammad Yasin Malik in a statement issued in Srinagar said, on one hand, the authorities are talking about upholding of democracy, while on the other, they have started a spree of arrests and other undemocratic measures.

He said India has always portrayed these elections as being a vote in favour of its illegal occupation of Jammu and Kashmir. “This election process, be it for assembly, Indian parliament, municipality or Panchayats, is actually responsible for our miseries as assemblies and forums created by this process formulate and implement laws to put curbs on people, inflict more and more suffering on them,” he added.

The JKLF Chairman said election process is responsible for strengthening the military occupation, providing powers to military and paramilitary personnel to kill, jail, torture and blind people with impunity. He said those who participate or vote in these elections are actually damaging the interests of Kashmiris and playing as collaborators of India.

He said it is the duty of every Kashmiri to stand firm against aggression, stay away from this process and boycott these elections to give a strong message to India and the world community that the people of Kashmir want only their birthright to self-determination.

Condemning the ongoing oppression in Kashmir, Yasin Malik said innocent killings are going on, beating and humiliating people under the garb of cordon and search operations has been expedited and use of black law Public Safety Act (PSA) against political opponents is at its peak and oppressors claim to be political and democrats.