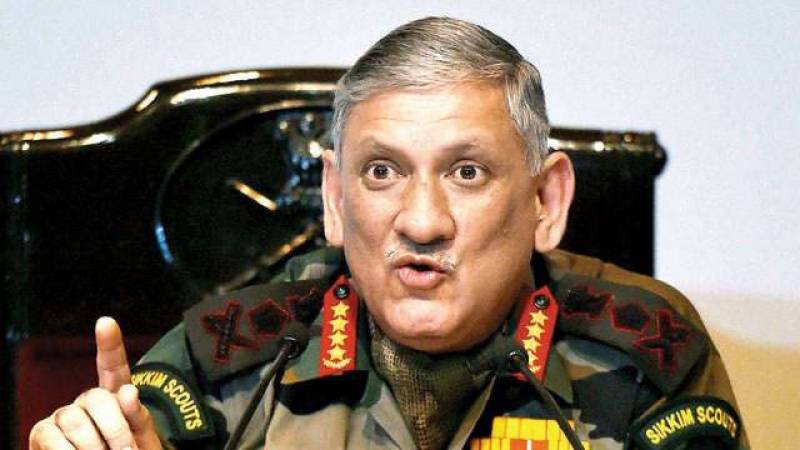 NEW DELHI - Amid fears of U S sanctions over the S-400 missile defence system deal, Army Chief Bipin Rawat Sunday asserted that India follows an independent policy and was also keen on getting the Kamov helicopters and other weapon systems from Moscow, PTI has reported.

India and Russia on Friday signed a multi-billion-dollar deal to procure the S-400 Trimuf S-400 air defence system, which could attract sanctions under the Countering American Activities Through Sanctions Act (CAATSA). The act is primarily aimed at countering Russia, Iran and North Korea. India and Russia concluded the deal notwithstanding the US warning that it would be a "focus area" for it to implement punitive sanctions against a nation undertaking "significant" business deals with the Russians.

Gen. Rawat, who returned Saturday night after a six-day visit to Russia, held talks with military officials of that country to enhance cooperation between the two countries. He said the Russians were very keen in associating with the Indian Army and defence forces. Because they do understand that we are a strong Army, capable of standing up to what is right for us based on our strategic thought process, he said. The Army Chief was speaking at the Gen. K V Krishna Rao Memorial lecture here.

On his Russian visit, Gen. Rawat recalled a question posed to him by a Russian naval officer that India seemed to be looking westwards at America, which has put sanctions on Russia, and that Washington has also threatened to impose restrictions on New Delhi for dealing with Moscow. To this, Rawat responded saying, "Yes, we do appreciate that there could be sanctions on us, but we follow an independent policy, he said. Rawat also sought to assuage Russian concerns over its growing ties with the US.

You (Russia) can be rest assured (that) while we may be associating with America in getting some technology, but we follow an independent policy. I told them while we are talking sanctions and you are questioning on sanctions, President Vladimir Putin and Mr. Narendra Modi, at this juncture, are signing the treaty on purchase of S-400 weapon system inspite of the fact that we may face challenges from America in the future, the Army Chief said. Rawat said India was looking forward to procuring Kamov helicopters and other weapon systems and technology from Russia.

He said New Delhi was looking to get space based systems and technologies from Moscow to enhance its space capabilities. There is no end in sight to the manner in which we can cooperate with your country. I think the way forward is to see what is best for the nation, strategically important for us, he had said.