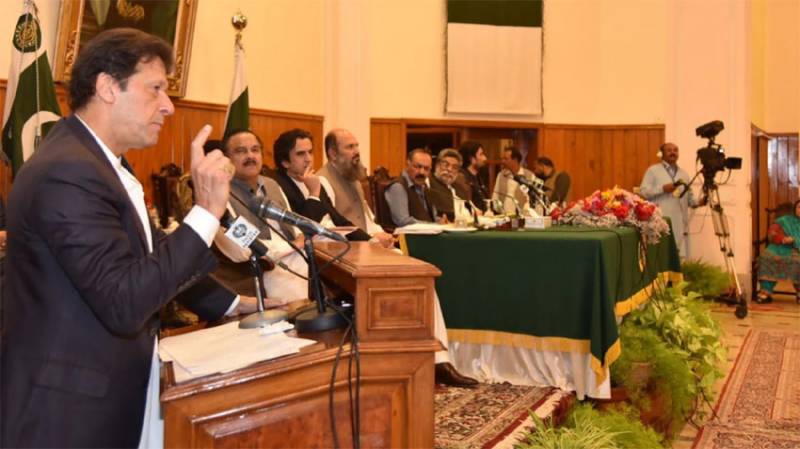 Prime Minister Imran Khan has assured Balochistan government of all necessary help and cooperation for uplift and development of the province.

Addressing a gathering of retired judges, members of civil society and senior officials in Quetta, he said his government is committed to bring a positive change in lives of the people of Balochistan, as it believes that progress of Balochistan is directly linked to the prosperity of Pakistan.

Imran Khan said Balochistan is endowed with rich mineral resources and utilization of these will ameliorate the lot of people.

The Prime Minister said completion of Kachhi Canal would irrigate 0.8 million acres of land and help the province and the country address its food security concerns.

He extended full support of the federal government to the provincial government in addressing any shortcoming in building its capacity.

The Prime Minister said corruption erodes national economy and destroys state institutions and no nation can progress without eradicating corruption from all tiers of society.

He said it is a time that the provincial government should focus on fully exploiting the estimated 450 billion rupees worth of minerals, besides benefiting from the Gwadar Port and its oil and gas reserves.

He assured that Balochistan would get more than its due share in the China Pakistan Economic Corridor owing to its strategic location.

The Prime Minister said he has also discussed the issue of provision of health facilities in the province with Chief of Army Staff General Qamar Javed Bajwa, who assured to assist the provincial government in meeting any shortage of doctors.

He appreciated the commitment shown by Chief Minister Balochistan Jam Kamal and his team and expressed confidence that they would fully exploit the potential of the resource rich province and bring it at par with the developed areas of the country.