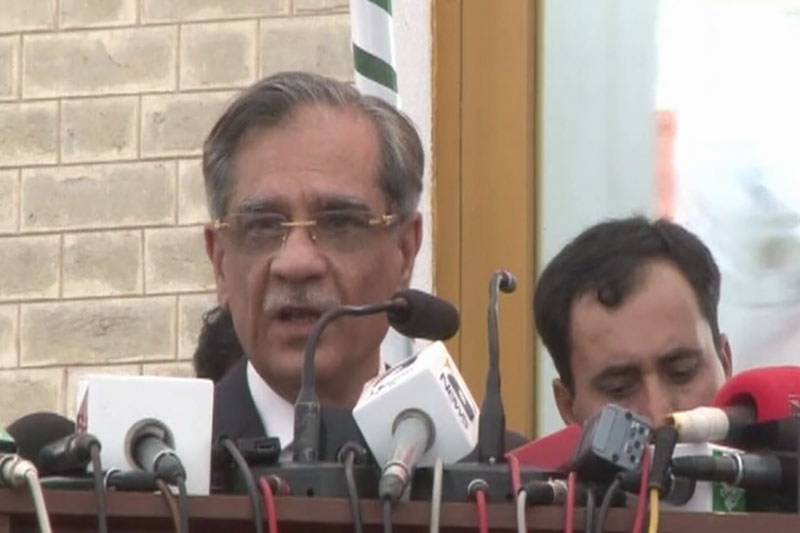 ISLAMABAD - Chief Justice of Pakistan (CJP) Mian Saqib Nisar has taken notice of the assist on police by the lawyers.

As per the media report lleged assault on a police official in Lahore by lawyers was reported.

The top judge issued notices to the Inspector General Punjab Muhammad Tahir to appear in the Supreme Court along with a report on the matter on Oct 13.

Notices were also issued to Pakistan Bar Council Vice Chairman Ahsan Bhoon, and the president and general secretary of the Lahore District Bar Association (LDBA), according to an SC press release.

The alleged assault came to the notice of the CJP through reports that the SI had been beaten by some lawyers of the LDBA.

According to a report published by a national daily, the complainant, SI Samar Riaz Khan, in a first information report registered against advocates Saif Khokhar, Nabeel Haider, Mustafa Khokhar and 14 others last Thursday stated that a police officer deployed in the court of a judge had telephoned him to tell him the court had summoned him at 12pm.