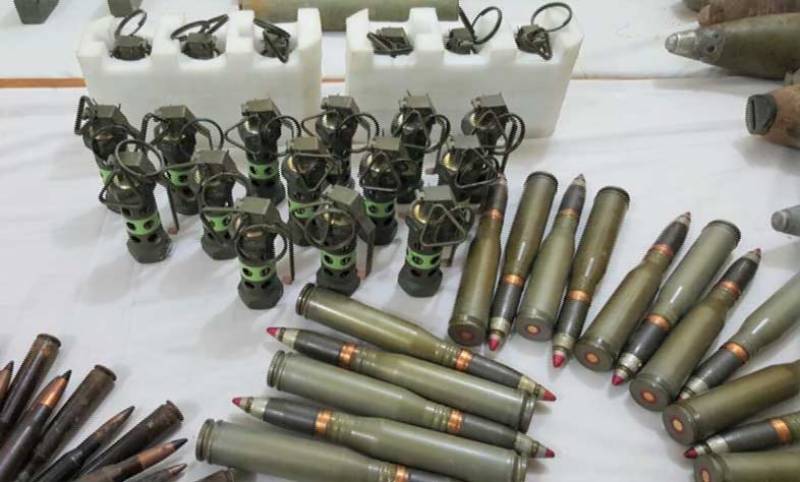 QUETTA:  FC Balochistan in an ongoing crackdown against militants under Operation Radd-ul-Fasaad has recovered 1,300 kg ammunition on Saturday, ISPR said in a statement.

The operation was conducted in Kohlu, Ghazi Nullah and Naseerabad.

The statement issued by the ISPR said that the recovered ammunition was intended for use in terror strikes in the province. SMG, rockets, grenades, and maps of sensitive sites were also recovered by the security officials.

Earlier, four terrorists were killed by FC Balochistan in an operation in Dera Bugti and Kohlu areas. Several militant hideouts were also destroyed in the operation, according to the ISPR.

The suspected terrorists were involved in attacks on security forces and miscreant activities.

Mines, explosive material and tools of communication were also recovered during the raid, said the ISPR.