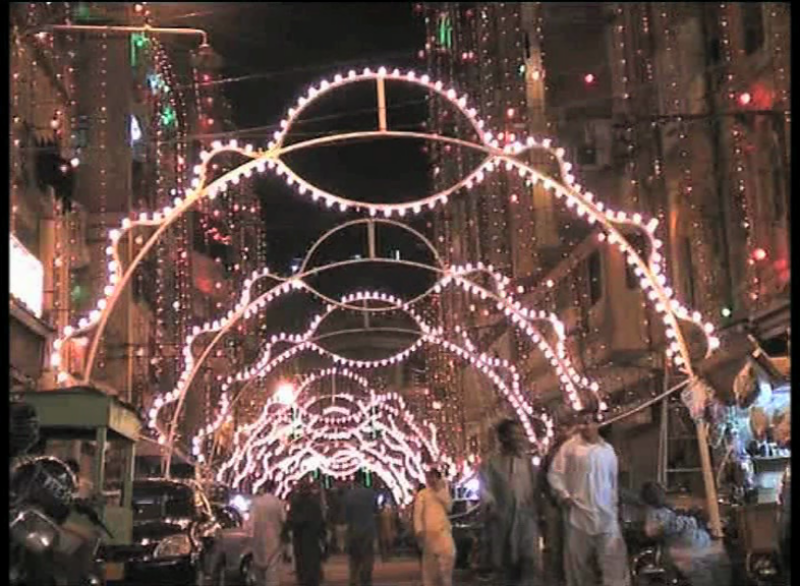 NAWABSHAH: Eid Miladun Nabi (S.A.W.) is a great day for the Muslim Ummah and we are bound to celebrate it with due respect and religious fervor.

This was stated by the Deputy Commissioner Abrar Ahmed Jaffar while addressing a meeting to review arrangements for celebrations of Eid Milad-un-Nabi (S.A.W.).

He instructed all Assistant Commissioners to form administrative committees at Taluka level with regard to arrangements of the pious day.

He said that local religious leaders, Chairman Town Committee, officials of departments of health, police, Mukhtiarkar and media representatives be taken in committees.

He insisted that committees shall hold meetings with Ulema on daily basis and resolve their issues. Deputy Commissioner directed for removal of encroachments from the routes of Eid Milad processions.

He assured religious leaders that district administration would extend all possible cooperation with regard to celebrations while a district level Control Room would also be established. He also directed the Hesco officials to avoid load shedding during the Mahafil Milad organized on the occasion of Eid Milad-un-Nabi (S.A.W.).

Police was ordered to make fool proof arrangements for the occasion while traffic police be deputed on the procession routes on 12 Rabi-al-Awwal.

He asked the officials of all government departments to illuminate government offices while Naat Khawani competitions shall be organized at schools and colleges of the district.

He instructed staff of Municipal Committee to arrange proper sanitation and lightening on the routes of processions and in the vicinity of Mosques and sweet would be distributed among patients admitted at hospital and prisoners in jail on the occasion.

Addressing the meeting Chairman Nawabshah Municipal Committee Muhammad Azeem Mughal views the proper arrangement of sanitation and lights would be made in the city while Chief Municipal Officer Abdul Razzaq Shaikh and Hazoor Bux Soomro are nominated Focal Person for the arrangements of the occasion.

Ulema Karam Jamaat Ahl-Sunnat and other religious leaders presented proposals and issues in the meeting. The meeting was attended by Chairman Municipal Committee Muhammad Azeem Mughal, representative of Milad Committee, leaders of religious organizations, all Assistant Aommissioners, Rangers, Traffic police and official of local government, health and other departments.