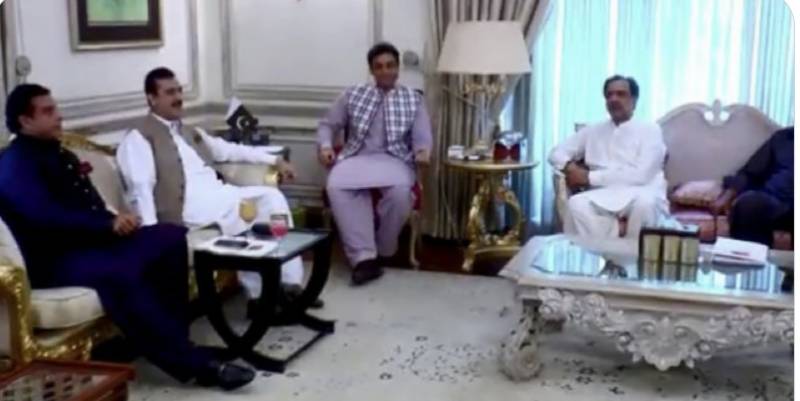 The meeting also discussed the formation of provincial cabinet and other political matters, said sources.

On the occasion, CM Hamza Shehbaz thanked the PPP leadership for their all-out support in Centre and well as in Punjab.

It is learnt that Pakistan Muslim League-Nawaz (PML-N) has decided to form a small cabinet in Punjab in two phases besides also likely giving speaker Punjab Assembly’s slot to Jahangir Tareen’s group.

According to sources, the PML-N decided to retain provincial ministers who had performed well during its last tenure in the Punjab cabinet and give them the same portfolios.

From PPP, the sources said that Syed Hasan Murtaza and Ali Haider Gilani will be awarded ministerial portfolios while independent candidate Jugnu Mohsin will also get a ministry in Punjab cabinet headed by Hamza Shahbaz.