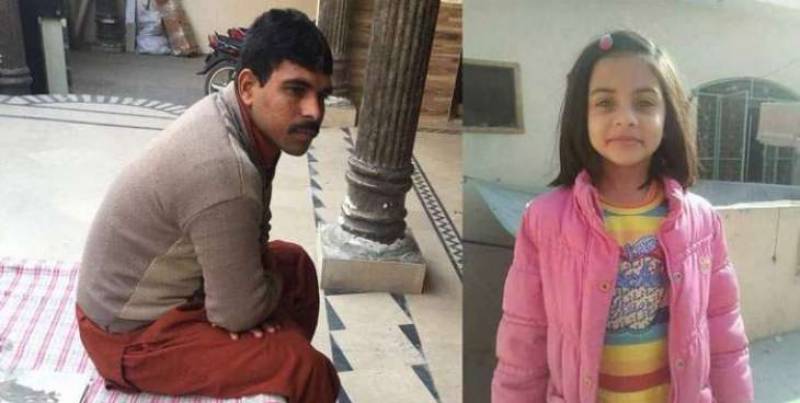 According to prosecution sources, ATC-I Judge Sajjad Ahmad conducted the Kainat Batool case proceedings at Kot Lakhpat Jail on Tuesday and handed over a copy of challan (charge-sheet) to the accused.

The court adjourning the further hearing till March 12 also summoned Imran Ali for indictment. The court will also record

statement of the prosecution witnesses on the next hearing.

The prosecution also said that the copy of challan in Noor Fatima rape and murder case has not been handed over to the accused on Tuesday and it is expected that the same will be done on March 12.

The police had submitted challan in Kainat Batool rape case and Noor Fatima rape and murder case on last hearing.

The accused was declared guilty in both cases.

On November 11, 2017, six-year-old Kainat Batool went missing in Kasur but was soon found alive from a rubbish

heap in a critical condition. Kainat is currently admitted to Lahore's Children's Hospital and has been battling for life.

Six-year-old Noor Fatima was killed after rape in April 2017.

It is pertinent to mention that an anti-terrorism court had already handed down death sentence on four counts to convict Imran Ali in rape and murder case of seven-year-old Zainab.

Besides Zainab murder case, Imran Ali was involved in eight other similar cases wherein six victims had died and