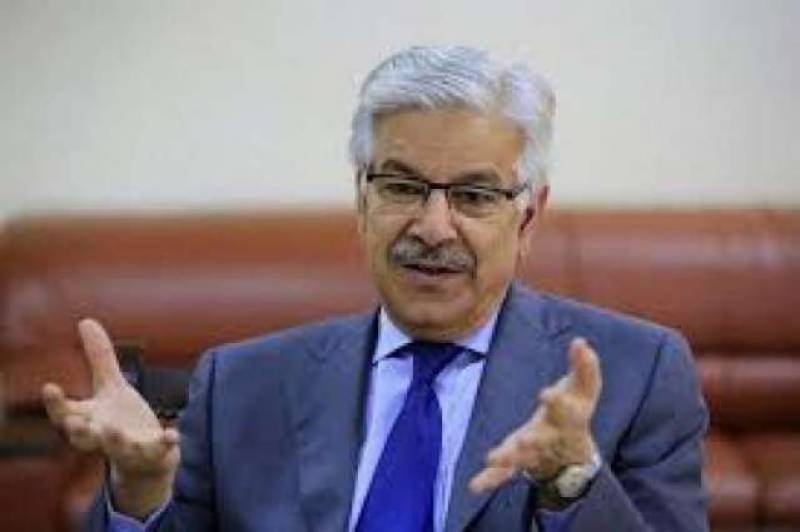 Pakistan had provided support to United States in Afghan war, and that the war could not be won without the help of

our country, he said while talking to a private news channel.

"We have made the efforts to control the terrorism after an immense sacrifices, " he said.

Khawaja Muhammad Asif said due to strategic location, America was still using our country. Pakistan had handed over

To a question about relations with US, he said there was a "trust deficit" between the two countries but we wanted to

have good relations with US based on equality.

Foreign Minister made it clear Pakistan would never compromise on national interest and dignity of the country.

He said, "We had made mistakes in the past and we have paid the heavy price."

The FM said that due to the effective foreign policy, Pakistan's relations with Russia was increasing.

To another question regarding Pakistan's name in Financial Action Task Force (FATF) list, he said all out efforts

would be made to bring the country out of this list.

Replying to a question about Liquified Natural Gas (LNG) agreements, he said, "LNG would have positive impact on

Commenting on Senate elections, he said the workers of Pakistan Muslim League Nawaz (PML-N), were loyal for Nawaz

Sharif. The candidates had contested the Senate elections as independent candidates but no one was leaving the party.

Anyone could see the results and popularity of PML-N in Lodhran, Chakwal, Sargodha and other elections, he added.

Expressing his point of view about Shahbaz Sharif's nomination for premiership, he said that Chief Minister Punjab

had made great struggle and sacrifices for the PML-N.

The Punjab province had achieved record development and progress under dynamic leadership of Shahbaz Sharif.

To a question regarding Maryam Nawaz, he said "She was the future of PML-N." APP/AFP