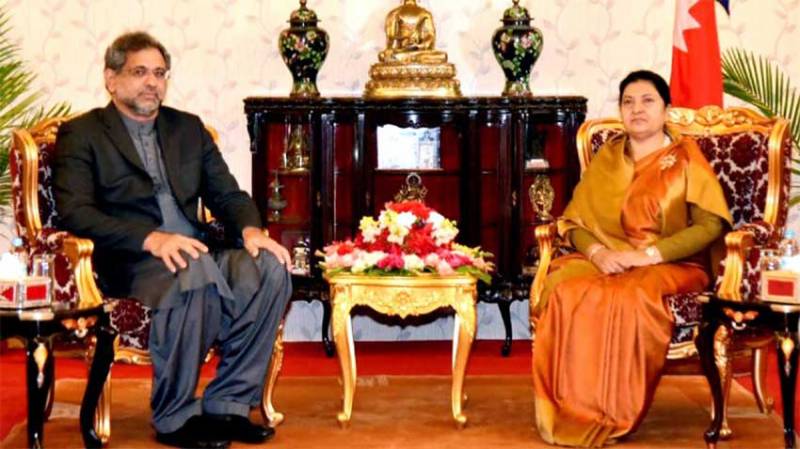 Both the leaders expressed satisfaction over the cooperation of the two countries at the international fora and desired to reinvigorate SAARC as an important regional organization.

The Prime Minister conveyed felicitations to the Nepalese President on the successful conclusion of the democratic process and the formation of the new government.

He highlighted that these developments are important milestones in Nepal's march towards democracy, political stability and economic development.

The Prime Minister also admired the resilience of the Nepalese people who have suffered floods and a terrible earthquake.

The Prime Minister extended congratulations to him on the successful conclusion of the democratic process and success of his party.

During the meeting, the two leaders expressed satisfaction over friendly and cordial relations of the two countries and agreed to further strengthen bilateral cooperation.  APP/AFP