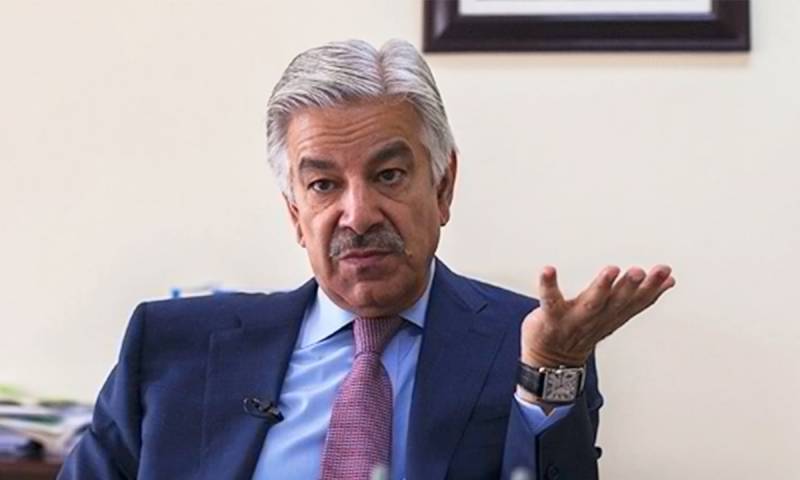 In a press release issued by the NAB, it said NAB chairman ordered probe into foreign minister’s alleged money laundering, acknowledging the complaints received by the anti-graft body.

NAB made it clear in its release that investigation was launched over allegations of money laundering and that it is not conclusive at the money. The stance of Asif will be inquired according to NAB laws, it added.

NAB assured that all probe will be governed by the law.

During late February, Pakistan Tehreek-i-Insaf (PTI) chief Imran Khan had questioned NAB inaction against Asif despite presence of ‘undeniable evidence’ against him. In his comments, Imran urged that accountability of those looting country’s wealth is necessary.

“Silence of NAB despite the evidence of money laundering and corruption is beyond understanding,” he maintained.

The PTI chief asserted that they are ready to provide the details to NAB. “Usman Dar can give the evidence of Khawaja Asif and his wife’s banking transaction to NAB,” he said.