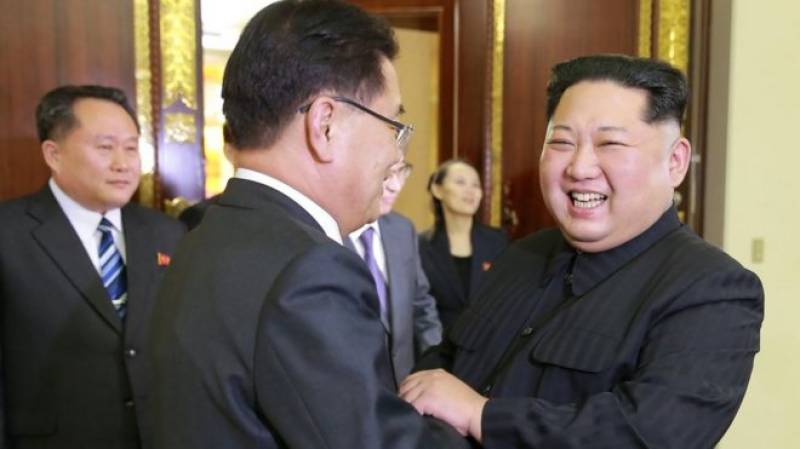 The report follows a rare visit to Pyongyang by senior South Korean officials, who had dinner with the normally reclusive leader.

They are the first officials from Seoul to meet Mr Kim since he came to power.

Its part of a fast-moving wave of rapprochement on the Korean peninsula surrounding the winter olympics.

South Korea has only commented briefly on the meeting, saying the two sides had reached a "satisfactory agreement" on holding future talks.

The delegation is expected to visit Washington later this week to brief US officials on their talks in the north.

The US has said it is "cautiously optimistic" about improving North-South contacts, but ruled out formal talks with Pyongyang unless it is ready to give up its nuclear weapons. APP/AFP