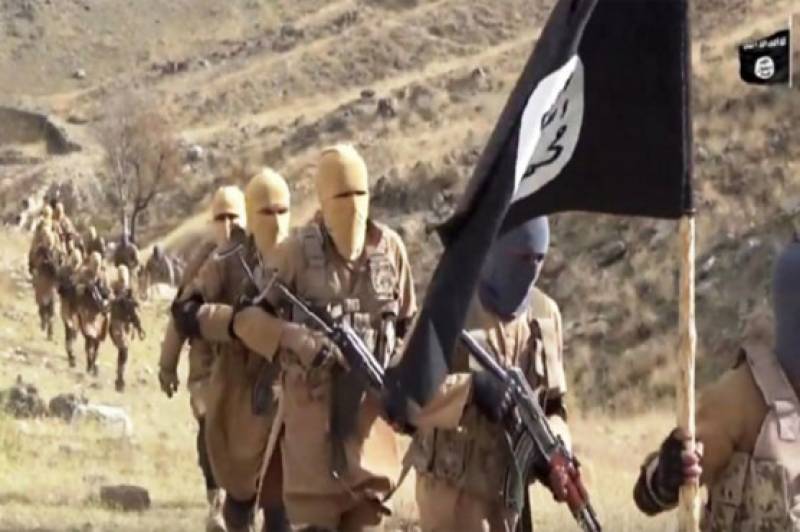 KABUL - The Islamic State group in Afghanistan is inviting Muslims worldwide to come to the war-torn country if they cannot reach Syria or Iraq, as it seeks to expand its foothold.

The latest announcement by the ISIS rings alarm bells for Pakistan as the concentrated ISIS on its western borders will make a new security challenge for Pakistan. With a porous western border the ISIS gathering at its Doorsteps will have all the chances of penetration inside Pakistan.

Earlier Pakistan and Russia had raised voice against the rise of ISIS in Afghanistan where Russia and the former Afghan President Hamid Karzai had issued statements that US was settling down the ISIS fighters in the Afghanistan.

A 25-minute propaganda film released by the Islamic State-Khorasan Province (IS-K) on March 4 promotes IS strongholds in Afghanistan s north and east as an "option for immigration", the SITE Intelligence Group said Tuesday.

"O you Muslims in every corner of the world! Immigrate to Khorasan! If you are incapable of immigrating to Iraq and Sham (Syria), come to Khorasan," a fighter said on the video.

The name Khorasan refers to a historic region which includes parts of modern-day Afghanistan, Pakistan and neighbouring countries.

The video comes amid growing concerns that IS fighters fleeing battlefields in Syria and Iraq are finding their way to Afghanistan, where the group has a small but potent presence.

AFP recently reported that French and Algerian fighters, some arriving from Syria, had joined IS in the northern Afghan province of Jowzjan.

A German national was also recently arrested with the Taliban in the restive southern province of Helmand, Afghan officials said last week. He is one of the only Europeans found among the militants throughout the 16-year war.

The IS video published with an Arabic narration showed some fighters delivering messages in Pashto, Persian and Uzbek languages.

It opens with a narration mocking US President Donald Trump s vow to destroy the group in Afghanistan and goes on to show executions of prisoners and the training of child soldiers.

But the group would struggle to persuade fighters to travel as far as Afghanistan, said Emily Winterbotham, a senior research fellow at the UK-based Royal United Services Institute for Defence and Security Studies.

"It s trying to keep IS-K viable and the IS-K brand going, but the reality is Afghanistan is still a long way away from Syria and Iraq -- it s not an easy journey," she said.

The Islamic State group, or Daesh as it is locally known, first emerged in Afghanistan in 2014 as NATO combat troops withdrew from the country and handed over responsibility to Afghan security forces.

Since then, the group has carried out multiple attacks mostly in urban areas, killing hundreds of people across the country despite a US-led bombing campaign against their known hideouts.

Since 2016 it has dramatically escalated its attacks in Kabul, adding to the dangers already faced by civilians, with the UN citing the capital as one of the deadliest places in the country. - APP/AFP