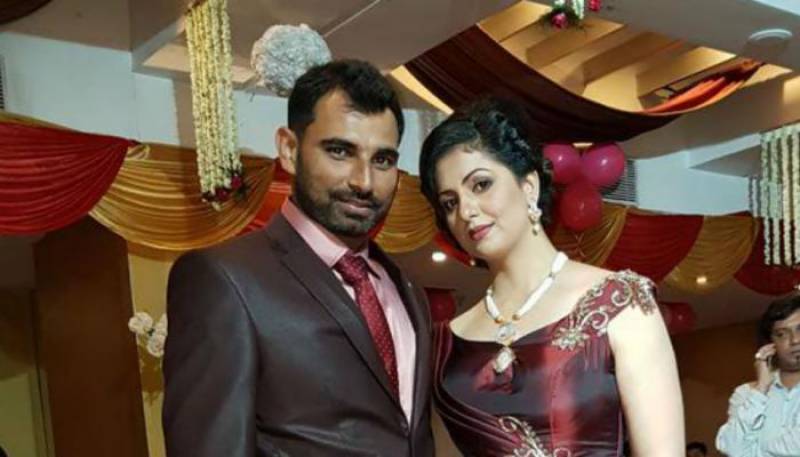 NEW DELHI - Indian cricketer Mohammad Shami's wife has levelled serious allegations against him over the issue of extra marital affair and domestic violence.

She has alleged that the Indian cricketer is guilty of domestic violence, that he has been torturing her and that 'he is a big flirt.' Hasin Jahan charged the 27-year-old cricketer for never treating him as his wife since they got married in 2014.

Speaking to reporters, Jahan said that she has endured domestic violence for which she will now take legal action. "I have done everything he (Shami) wanted me to do. He has tortured me and has not treated me like his wife. He is a big flirt," she said.

"I am not going to divorce him till my last breath and have all the evidence, will soon drag him to the court." Earlier in the day, a Facebook post detailed that Shami had even threatened to kill Jahan, although the authenticity of the social media account could not be ascertained.

The post nonetheless went on to say that the cricketer's mother and brother used to abuse Jahan, and that Shami had physical relations with other women. Snapshots of the said women were also attached with the post.

Shami, who had made his international debut in an ODI against Pakistan in 2013, reacted sharply as a bid to ruin his cricketing career. He took to social media, although before Jahan came out in person to level the charges, and said that the reports related to his personal life are false.

The cricketer and his wife have previously posted several selfies together on Twitter and often, Shami has been blasted by Muslim hardliners for his wife's makeup and/or dressing sense. Each time, Shami has returned fire while defending his wife.