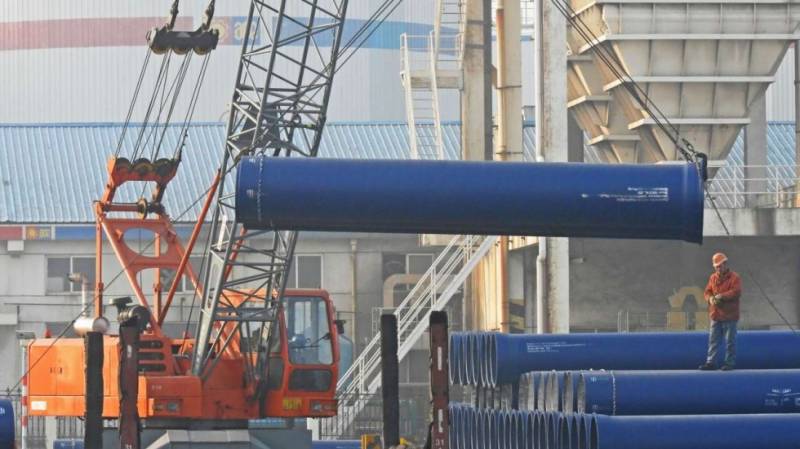 Looking at the current state of the economy, a few signs of economic revival can be witnessed.

As far as the case of Pakistan is concerned, a good indicator of revival is the expansion of imports. Conventionally, it is thought that imports are not good for the economy.

Conventional logic states that exports should outpace imports and there should be a trade surplus. It is normally thought that achieving a trade surplus is the key to success.

From the perspective of economics, a country cannot run a trade surplus forever. After a certain period of time, the trade surplus turns into deficit and vice versa. This shows that imports may play a significant role as far as the case of developing countries is concerned provided these countries import necessary capital goods to enhance the productive potential of the economy.

Better tracking of the productive potential of the economy could be done by looking at the composition of imports. Some analysts look at a mix of necessities and luxuries and argue that a cash-strapped developing economy should import necessities and put high import duties on luxuries. They are of the view that rich people can afford luxuries so taxing them would not be a bad idea.

Furthermore, analysts argue by looking at the mix of consumption and capital goods. If imports of consumer goods are high, they criticise the policymakers by arguing that they have not paid attention to the productive structure of the economy, implying that simple goods cannot be produced in an economy.

The case of Pakistan is instructive in this regard where the major import category is petroleum and its products and it is a net importer of oil.

If oil prices go up in the international market, the import bill starts to climb at a fast pace. When international oil prices plummeted in 2014, oil imports reduced a great deal which provided enough space for purchasing greater quantities of other commodities and acted as a boon for the current government in terms of foreign exchange reserves.

This time around machinery imports turned out to be the second largest category which gobbles up around 20% of the total merchandise imports. On this basis, analysts argue that the current balance of payments situation is a break from the past. They keep on arguing that the China-Pakistan Economic Corridor (CPEC)-related imports will improve the situation in the future.

There is a need to recast the current news on statistics in an economic mould. This recast points out that the economy has improved slightly since September 2016 when Pakistan came out of the Extended Fund Facility (EFF) of the IMF. Pakistan went through this programme from 2013 to 2016 which sapped the economic growth known as stabilisation. Such programmes reduce imports and exports which normally results in accumulation of foreign exchange reserves.

A government may opt for such programmes just after elections since it can afford to take austerity measures. Close to elections, political compulsions restrict governments from approaching the IMF. In a nutshell, there is a dominance of accounting mentality as far as the analysis of balance of payments is concerned. The easiest way to analyse is to focus on the trade deficit which is a short-term approach. The proper way to analyse an economy is to focus on the behaviour of agents since economic behaviour is different from the debit and credit basis of accounting.

The dominance of accounting mentality tells that the current state of economic affairs is very grim since the trade deficit has ballooned. APP/AFP