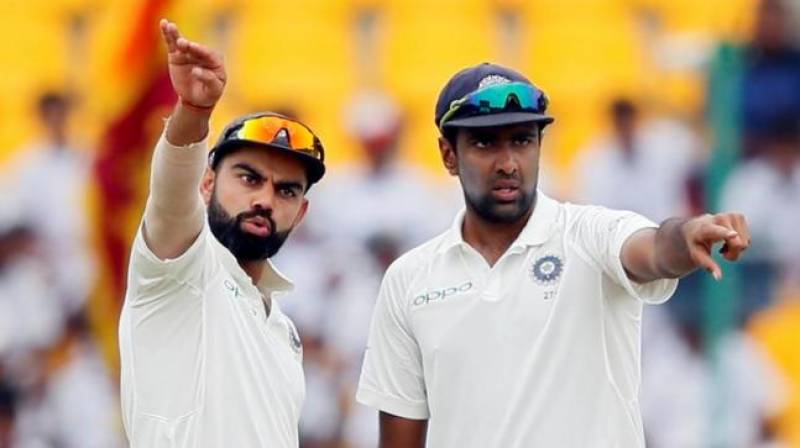 Virat Kohli and Cheteshwar Pujara held their second and sixth positions respectively on the batsmen's list while off-spinner Ravichandran Ashwin slipped a notch to be at sixth among bowlers in the latest ICC Test rankings.

Australian speedster Mitchell Starc reached a career-best fifth position among bowlers after his 'Player-of-the-match' performance in the Durban Test against South Africa helped his side win by 118 runs and take a 1-0 lead in the four-match series.

The 28-year-old Starc finished with a match haul of nine for 109, enabling him to overtake South Africa's new-ball bowlers Morne Morkel and Vernon Philander among others, eclipsing his previous best sixth position that he enjoyed in December 2016.

Further, the left-handers 42 runs in the Test have not only helped him gain three slots to reach 74th position among batsmen but have also helped him make it to the top-five among all-rounders.

Other Australia players to have gained in the latest rankings update include the Marsh brothers. Shaun Marsh has reached a career-best 16th position among batsmen with his 73 runs in the match while his brother Mitchell has moved up to 43rd place from his 56th rank before the Test, to also reach his highest ranking among batsmen thus far.

Mitchell has also gained one slot to reach 58th slot among bowlers.

For South Africa, Aiden Markram's scores of 32 and 143 have helped him gain 28 slotsto reach a career-best 19th place.

Markram, who had led South Africa to victory in the ICC U19 Cricket World Cup in 2014, has had a phenomenal rise as he sees himself in the top-20 after only his seventh Test, notching three centuries and two scores in the 90s.

In other movements, AB de Villiers first innings score of 71 not out was enough to pull him up one place to 12th position while Quinton de Kock has gained three slots to reach 22nd rank after scores of 20 and 83 in the match.