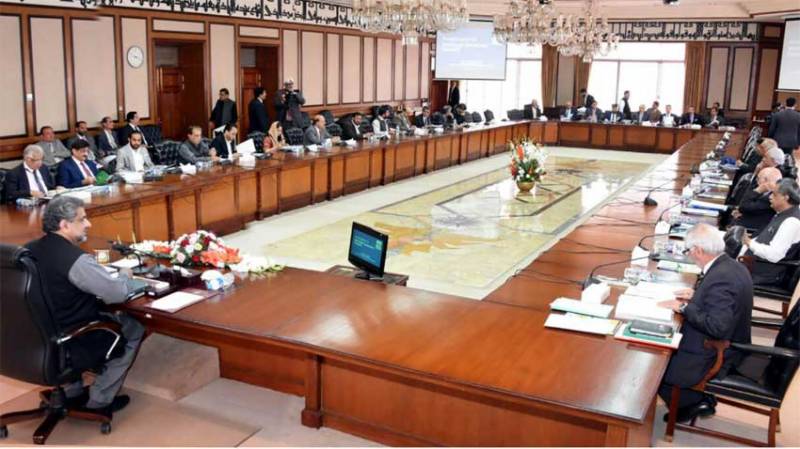 The approval was given at a meeting held in Islamabad today (Wednesday) with Prime Minister Shahid Khaqan Abbasi in the chair.

It approved project for upgradation and extension of NTDC’s Telecommunication and SCADA System at a cost of 11.638 billion rupees.

A 200-bed Center of Excellence for Obstetrics and Gynecology will be established in Rawalpindi at a cost of over 5.3 billion rupees.

The ECNEC approved construction of Northern Bypass of Dera Ghazi Khan at a cost of 4.874 billion rupees and improvement and Widening of 153-kilometre Chitral – Boomi – Mastuj – Shandur Road at a cost of over 16.755 billion rupees.

Meanwhile, the National Economic Council was informed today (Wednesday) that 1415 billion rupees have been invested in the energy sector during the last five years, adding 7653 MW of electricity to the national grid.

This council met in Islamabad with Prime Minister Shahid Khaqan Abbasi in the chair.

The meeting was informed that 3,163 MW more electricity will be added by June this year.

Industrial out-put growth rate increased from 2.7 to 5.6 percent with 9 years highest industrial growth of 5.8 percent in 2015-16.

The inflation rate, which stood at an average of 12 percent, was brought down to 5.2 percent during this period.

The meeting was informed that early harvest projects of CPEC are on track with 42 projects being implemented through current year's PSDP.

The meeting was also briefed on socio-economic objectives for the next Five Year Plan along with provincial priorities which would be aligned with national level objectives.