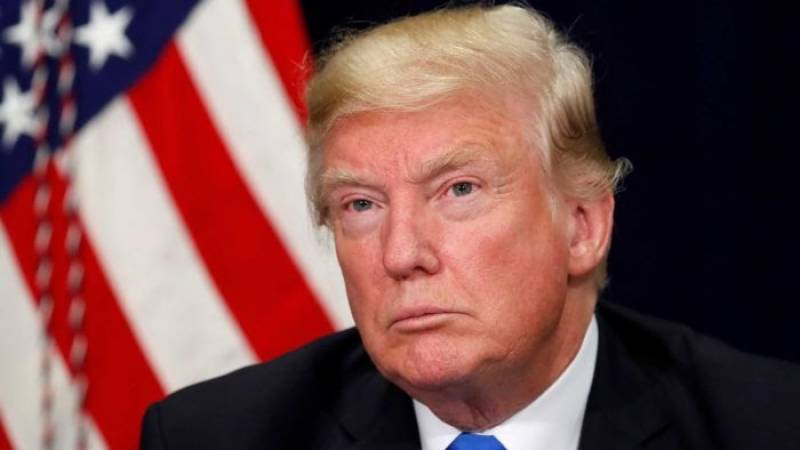 WASHINGTON: US President Donald Trump’s top economic adviser, Gary Cohn, said on Tuesday he was resigning, a decision that came after he lost a fight within the White House over plans to impose hefty steel and aluminium tariffs.

White House officials said the dispute over tariffs contributed to Cohn’s decision to resign but was not the only reason. One official said there had been several issues that led to the parting, but noted: “His biggest mission was on the tax cut bill, which he got passed.”

The White House said the timing of Cohn’s departure from his role as director of the National Economic Council had not been finalized but was still a few weeks away. It was the latest in a series of high-profile departures from the White House.

Following the news of Cohn’s resignation, the US dollar weakened, while an exchange-traded fund tracking the broad market S&P 500 dipped 1 percent. Prices for US government debt barely budged.

Trump’s announcement last week of his plans to impose the tariffs sent US stock prices tumbling and came after an intense debate within the White House between Cohn and other advocates of free trade, on one side, and protectionist advisers such as Peter Navarro on the other, according to White House officials.

Cohn, who served in the White House for a little more than a year, struck an early rapport with Trump and proved influential in the administration’s decisions last April not to label China a currency manipulator and to renegotiate the North American Free Trade Agreement (NAFTA), instead of terminating it.

He also emerged as one of the main drivers of the tax overhaul package passed by Congress and signed into law by Trump late last year. The overhaul was Trump’s first major legislative victory.

“It has been an honor to serve my country and enact pro-growth economic policies to benefit the American people, in particular the passage of historic tax reform. I am grateful to the President for giving me this opportunity and wish him and the Administration great success in the future,” Cohn said in a statement issued by the White House.

Cohn’s relationship with Trump began to sour last summer, after Cohn disagreed with the president’s tepid response to clashes between neo-Nazis and anti-racism protesters in Charlottesville, Virginia, sources close to Cohn said.

Cohn, a Democrat, had aligned himself with Trump’s son-in-law, Jared Kushner, and the president’s daughter Ivanka Trump, who are both senior White House advisers and like Cohn, are seen as centrists.

Cohn, a former president and chief operating officer of investment bank Goldman Sachs, was seen as a bulwark within the White House against protectionist policies. Business lobbyists frequently cited Cohn as their strongest ally in the White House.

“Gary Cohn deserves credit for serving his country in a first class way. I’m sure I join many others who are disappointed to see him leave,” Lloyd Blankfein, the chairman and chief executive of Goldman Sachs and Cohn’s former boss, said on Twitter.

In a statement, Trump gave Cohn credit for his role in pushing the tax package through Congress and “unleashing the American economy once again.”

“He is a rare talent, and I thank him for his dedicated service to the American people,” he said. - Agencies