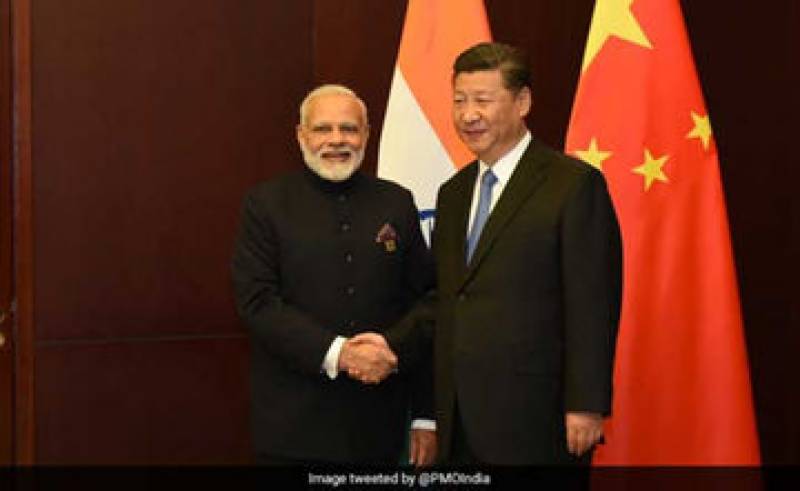 BEIJING*: *While the bilateral trade between China and India reached a new landmark, the trade deficit too continues to remain high at USD 51.75 billion- registering a growth of 8.55 per cent year-on-year in 2017.

According to India's trade figures, the deficit had crossed USD 52 billion last year. India has been pressing China to open the IT and Pharmaceutical sectors for Indian firms to reduce the massive trade deficit.

The India-China bilateral trade has reached $ 84.44 billion last year, an historic high notwithstanding bilateral tensions over a host of issues including the Doklam standoff.

A rare novelty of the bilateral trade otherwise dominated by the Chinese exports was about 40 per cent increase of Indian exports to China in 2017 totalling to $ 16.34 billion, data of the Chinese General Administration of Customs accessed by PTI here showed.

The bilateral trade in 2017 rose by 18.63 per cent year-on-year to reach $ 84.44 billion. It is regarded as a landmark as the volume of bilateral trade for the first time touched $ 80 billion, well above the $ 71.18 billion registered last year.

The trade touched historic high despite bilateral tensions over a number of issues including the China-Pakistan Economic Corridor, China blocking India's efforts to bring about a UN ban on Jaish-e-Muhammad leader Masood Azhar, Beijing blocking India's entry into the Nuclear Suppliers Group (NSG) as well as the longest military standoff at Doklam lasting 73 days.

The bilateral trade stagnated around $ 70 billion for several years despite the leaders of both the countries setting $ 100 billion as target for 2015.

Though it is still about $ 20 billion short, officials on both sides expect trade and Chinese investments in India to pick up further this year as both the governments are trying to scale down tensions and step-up the normalisation process.

Prime Minister Narendra Modi is expected to visit China in June this year to take part in the Shanghai Cooperation Organisation (SCO) summit in Qingdao. Reciprocal visits by Chinese leaders too were expected to take place this year.

There were also expectations that the new Commerce Minister of China to be named later this week in government reshuffle was expected to visit India in the coming weeks for talks to improve bilateral trade.

Significantly, diamonds along with copper, iron ore, organic chemicals and cotton yarn contributed to the increase Indian exports to China.

India's exports of diamonds grew 4.93 per cent totalling to $ 2.59 billion. India was the second largest exporter of diamonds to China with a market share of 33.06 per cent after South Africa.

Also, Indian exports of copper registered a significant increase of 115.78 per cent to reach $ 2.15 billion.

India's cotton including yarn and woven fabric exports to China showed an increase of 1.86 per cent to reach $ 1.30 billion. India was the second largest exporter of cotton to China with 15.04 per cent market share last year.

India's exports of Zinc to China showed a sharp increase of 802 per cent to reach $ 240 million.

China's exports on the other hand were dominated by electrical machinery and equipment registering an increase of 28.23 percent to $ 21.77 billion.

India was the largest destination for China's Fertilizers exports registering 16.98 per cent of its total Fertilizers worth $ 1.03 billion to India.

India was also the largest export destination for Chinese Antibiotics- with exports worth $ 783 million taking place in 2017.

Chinse exports were also led by organic chemicals, worth $ 6.56 billion in 2017.