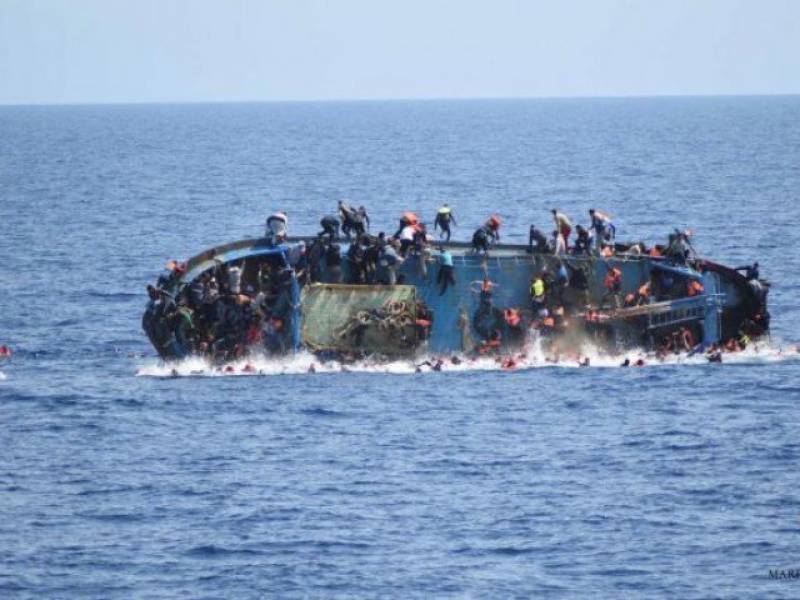 GENEVA: Twenty-one migrants were missing and probably drowned after a rubber dinghy and a wooden boat set off from Libya for Italy and had to be rescued, the International Organization for Migration said on Tuesday.

The 21 people missing were all among the 51 on the wooden boat, and two dead infants had reportedly been discovered on board, bringing the likely death toll to 23, IOM spokesman Joel Millman told a regular U.N. briefing in Geneva. All 132 people on the rubber dinghy were rescued, he said.

Both incidents happened on Saturday, but survivors had only just reached the port of Pozzallo in Italy, Millman said. Other survivors were shipped back to Libya.

The probable deaths marked the largest incident in over a month on the central Mediterranean migrant route between Libya and Italy, usually the most lethal route, with only one body washed ashore in Libya since Feb. 2.

Fatalities so far this year are down by at least 100 since the same stage of 2017, Millman said. But another route, further west, has become much more hazardous.

“We continue almost every day to learn of deaths in Moroccan, Algerian and Spanish waters,” Millman said.

“We understand the total for the first 63 days of the year is 105 deaths on that route, which is well ahead of what things were like a year ago, when we just had 44.” APP/AFP