Sikh Community to protest upon Modi’s arrival in Washington
7 Jun, 2016 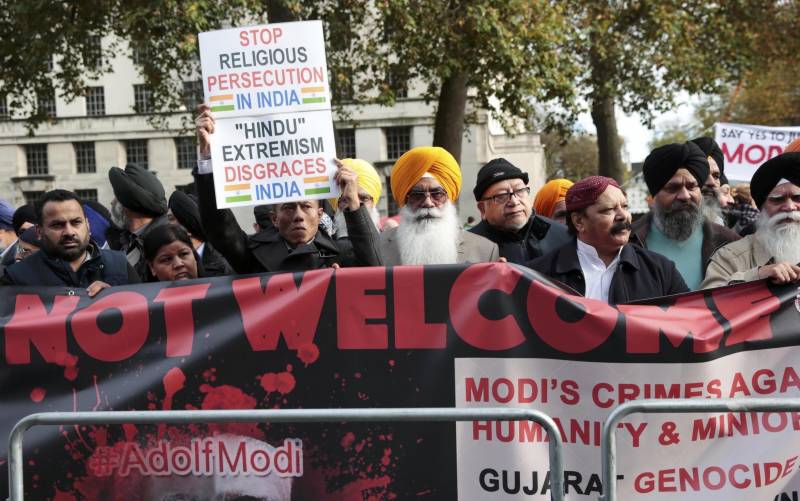 He also claimed Modi as a Hitler of modern era.

“Any person intending to see Hitler at present should see Narendra Modi’s face,” he said.

Different leaders of Sikh community blamed India for spreading extremism and terrorism in India and in other regional countries including Pakistan.

They also demanded for a separate Khalistan referendum in 2020.

They vowed to continue their fight for the independence of Punjab and creation of Khalistan.

Modi has arrived in US for his 3 day visit, where he will hold talks on regional security and enhance cooperation trade in several technical fields.

India’s foreign secretary S. Jaishankar claimed that Modi is being invited by Obama and he will hold several meetings with US business leaders and officials.

Modi will also address a joint session of the US Congress.