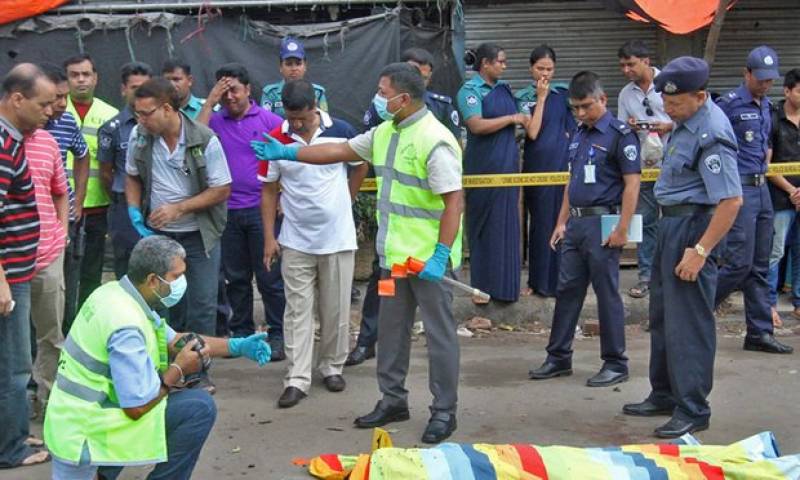 DHAKA: Bangladesh police claimed that a Hindu priest has been slaughtered in village of Noldanga in Jhenidah district of western Bangladesh by unknown assailant.

“He left home this morning saying that he was going to a Hindu house to offer prayers. Later farmers found his near-decapitated body at rice field,” police chief Gopinath Kanjilal said.

Kanjila claimed that targeting someone will be too early but the “pattern of the killing is similar to ones carried out by local militants in recent time.”

Sources claimed that more than 40 secular and liberal activists and religious minorities have been killed in the last three years out of which most of attacks claimed by Islamic State militants group.

However, PM Sheikh Hasina Wajid blamed Bangladesh’s largest religious party Jammat-e-Islami responsible for the attacks instead of al-Qaeda and IS.