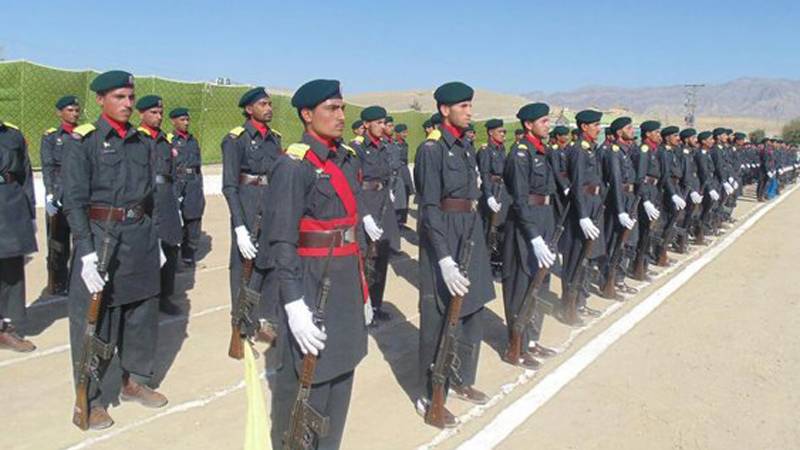 PESHAWAR: Passing out parade of 22nd batch of Frontier Corps recruits was held here at Peshawar in Scouts Training Academy in Warsak.

As per details, Sector Commander Brigadier Wajid was chief guest of the passing out ceremony and he was presented salute by smart turned out contingent of FC while he also administered oath to the passed out FC recruits.

Addressing the passing out ceremony, Brigadier Wajid congratulated the passed out recruits and expressed his hope that they would serve their country with courage and bravery and leave no stone unturned to defend their homeland.

He pointed out that Pakistan is facing several challenges and passing through a difficult phase while nation has a lot of expectations from security forces to combat these challenges so we would have to come up to the expectations of the nation.

He announced to raise new wings of the FC in order to enhance the capacity as well as to meet internal and external security challenges. A large number of people including FC officers and relatives of the passed out recruits attended the passing out ceremony.

Those recruits who showed best performance during training were awarded with medals and shields by chief guest.