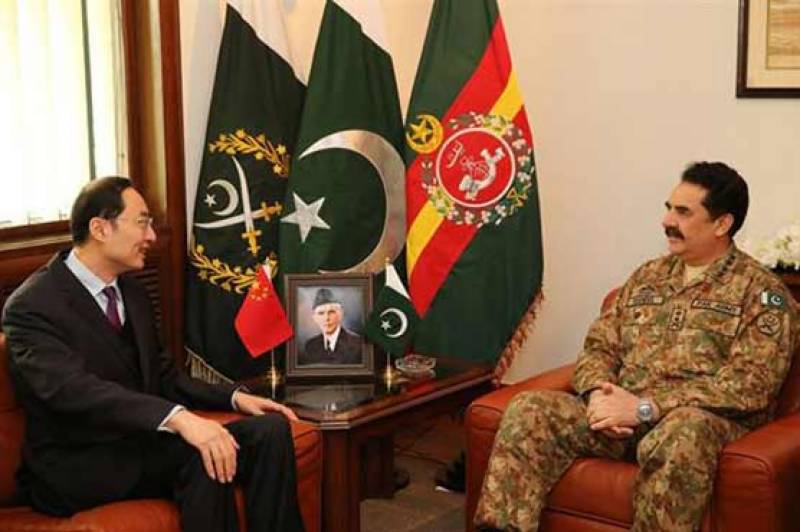 As per ISPR, Matters related to mutual interests and regional security situation were discussed in the meeting while both dignitaries also exchanged views over the issues related to CPEC Project during the meeting.

Speaking at the occasion, Chinese Ambassador Sun Weidong appreciated the efforts and sacrifices of Pak Army to establish peace and stability in the region.

He also paid tribute to the martyrs who lost their lives in fight against terrorism.