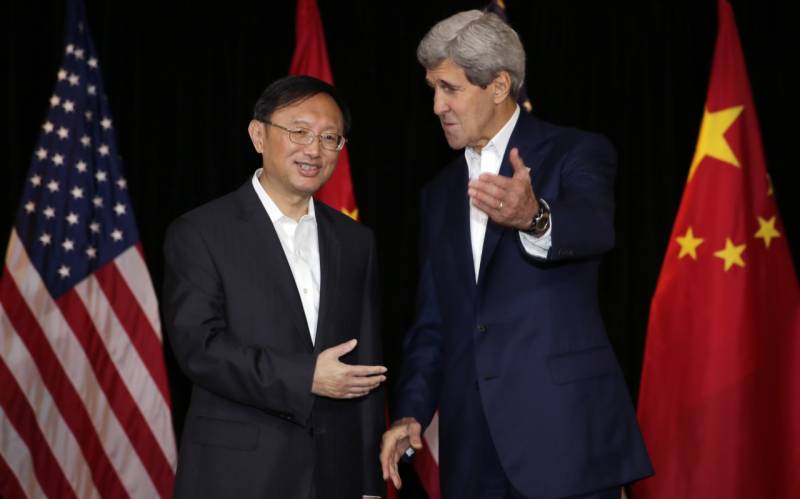 BEIJING: China asked US to play its constructive role in South China Sea dispute to resolve the matter with peace and stability instead of taking territorial sides.

US Secretary of State John Kerry held high level talks with Chinese officials for a peaceful resolution to solve South China Sea dispute for peace and stability in the region.

China’s state councilor Yang Jiechi said “China respects and protects the right that all countries enjoy under international law to freedom of navigation and over flight.”

“China hopes the US will scrupulously abide by its promise to not take sides in relevant territorial disputes and play a constructive role in safeguarding peace and stability in the South China Sea,” he added.

Kerry ensured that US will not take sides on territorial dispute but supports the negotiations based on rule of the law.

Approximately $5 trillion trade passes through the disputed sea every year which have rival claims but china claims the most.