Pakistan calls on UN to include Hindutva fascism in its counter-terrorism push
7 Jul, 2020 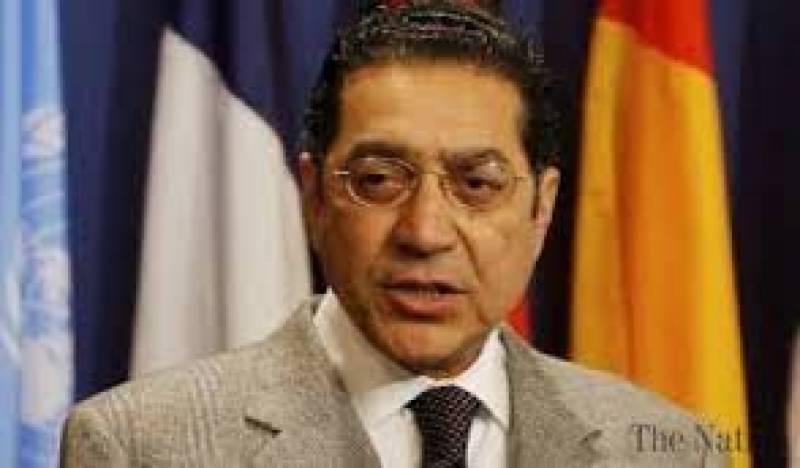 ISLAMABAD-UNITED NATIONS,Pakistan has called for the inclusion of Hindutva fascism in the UN’s counter-terrorism endeavours, arguing that like other forms of violent supremacist movements its dystopian narrative also fuels terrorism.

"Hindutva fascism, like other forms of violent supremacist movements, constitutes another form of terrorism, which must be encompassed in the UN’s counter-terrorism endeavors," Ambassador Munir Akram said, while noting that some of terrorism's manifestations, including the rise of Islamophobia, Hindutva fascism, and state terrorism in case of foreign occupation, had not been adequately addressed by the international community.

The Pakistani envoy was speaking in a webinar on ‘the Global Scourge of Terrorism: Assessment of High-Risk Threats and Trends, including the rise of Violent Extremism and Hate Speech in a Pandemic Environment’.

Ambassador Akram stressed the need for addressing the root causes of terrorism in order to eliminate it.

He said the South Asian region was seeing a revival of fascist terrorism, which was adding new dimensions to the already complex counter-terrorism landscape, and posing a grave threat to regional peace and security.

“The racist and fascist ideology of “Hindutva”, practices by the ruling BJP (Bharatiya Janata Party) and its militant parent, the RSS (Rashtriya Swayamsevak Sangh), which preaches the supremacy of upper-caste Hindus and the suppression of Muslims and other religions in India, poses an existential threat to the 180 million Muslims of India,”  Ambassador Akram said.

India’s new anti-Muslim citizenship laws, he said, threatened to make tens of millions of Muslims stateless and homeless in India or elsewhere. “The BJP-RSS anti-Muslim campaign has been intensified during the COVID pandemic with Muslims being falsely blamed for spreading the virus,” he added.

Referring to the state sponsoring, funding, and support of terrorism by the state and non-state actors, Ambassador Akram said terror outfits were used as ‘guns for hire’ and that ‘mercenary terrorism’ was used by India to destabilize Pakistan. He cited the terror attacks on the Chinese Consulate in Karachi and more recently on the Pakistan Stock Exchange as examples of that form of terrorism and said Pakistan was among the biggest victims of the scourge.

“Another ignored phenomena”, Ambassador Akram said, was “state terrorism”. He highlighted that there were numerous situations of foreign intervention and occupation – such as Palestine and Indian Occupied Jammu and Kashmir – where states were committing war crimes and the crimes against humanity to terrorize occupied people into submission.

The Pakistani envoy pointed out that state terrorism relied on portraying the freedom struggle of the oppressed as terrorism, and urged the international community to address it urgently and effectively.

Ambassador Akram also highlighted the heavy price paid by Pakistan in its fight against terrorism, suffering over 50,000 casualties - soldiers and civilians - and over $120 billion in the damage to its economy. Due to single-minded focus to eliminate terrorism, Pakistan was successful in virtually eliminating Al-Qaeda from its territories.

He concluded by urging states to form deeper cooperation in affected regions to address the extensive and proliferating manifestations of the terrorist threat and reiterated Pakistan’s offer to share its experience and capabilities with its friends in "our region", in Africa, Asia and elsewhere to combat the various manifestations of terrorism.\867