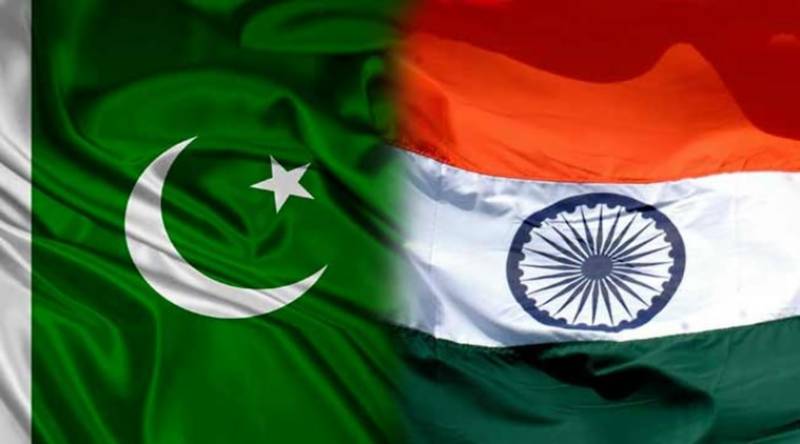 He also enquired about the health of the Prime Minister and wished him a complete and speedy recovery, Foreign Office said in a statement issued here.

This is not the first time that PM Narendra Modi has called PM Nawaz Sharif in recent days.

Reciprocating the same PM Nawaz Sharif had also called PM Narendra Modi just ahead of his heart surgery in London.

The relations between the two PMs have remained good since the first day of the PM Narendra Modi in his office.

However on the other hand these personal relations between the two PMs  have not positively improved the Pak-India bilateral relations on state level.

PM Narendra Modi on one hand claims to have good relations with the Pakistani premier and on the other hand is always critical of the Pak Army role in the region.

This hypocritic approach by PM Narendra Modi is a foreign Policy tool to tarnish image of Pakistan Army and while on the other hand signaling the international community of peace desire by India in the region.

India on one hand wants to have regional access to Afghanistan and Central Asian Republics through Pakistan and on the other hand Indian serving Naval officers are caught red handed in Baluchistan involved in spying and sabotage activities in Pakistan.

Indian consulates in Afghanistan are continuously involved in spreading terrorism in Pakistan and while India leaves no stone unturned to blame Pakistan Army and its coveted Intelligence Agency Inter Services Intelligence ( ISI) for all and every acts of terrorism in India.

In enmity with Pakistan its intelligence agencies have been found involved in state terrorism activities like Samjhota Express and lately Pathankot attacks to put pressure on Pakistan Army as being facilitators of terrorism in the region.

The basic thaw between Pakistan Army and the Indian Foreign Policy Strategists is the Kashmir Dispute, Indian State Terrorism in Pakistan and Pakistan Nuclear Weapons.

While India expects from civilian governments in Pakistan to go slow on Kashmir, Indian terrorism and Pakistani Nukes but Pakistan Army has refused to budge before India on core national interests which is the sole reason of the Indian bashing of Pakistan Army.

While India claims to keep cordial and friendly relations with Pakistan but on the other hand Modi Sarkar always intervenes in all the Defence Exports Deals of Pakistani JF-17 to countries like Myanmar and Sri Lanka which exposes yet again the dual standards of the Indian Foreign Policy.

Modi wants to have Nuclear Supplier Group status for India but is ready to oppose Pakistan tooth and nail in its membership for NSG.

Narendra Modi dual face diplomacy and foreign policy is not going to bring fruits in Indo-Pak ties and eventually the region will not witness peace and prosperity unless India quits its dual standards foreign Policy with Pakistan.