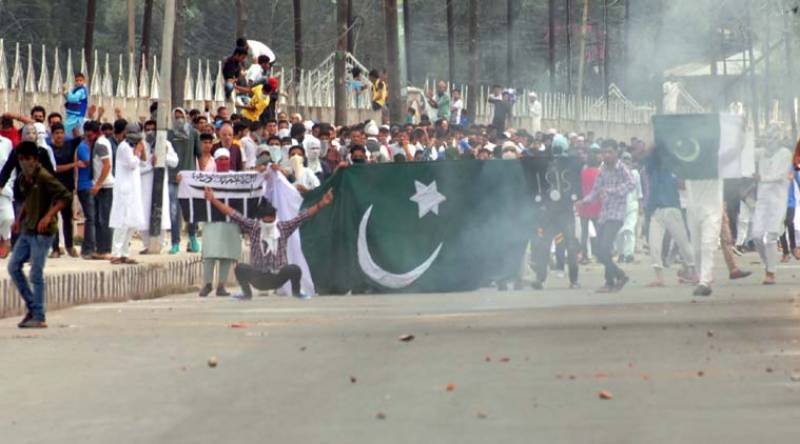 Immediately after Eid prayers people in large numbers took to the

streets in Srinagar, Islamabad, Kulgam, Pampore, Pulwama, Sopore, Kishtwar and other parts of the territory.

The protesters demanded that Indian troops should leave Jammu and

Kashmir without any further delay, Radio Pakistan reported on Wednesday.

Call for the protests were given by the APHC Chairman Syed Ali Gilani,

Hurriyat leaders under house arrest and in police stations. They were even did not allow to join congregational Eid prayers.

Meanwhile, Syed Ali Gilani, Mirwaiz Umar Farooq and Muhammad Yasin Malik, in their statements in Srinagar, denounced the curbs by the authorities on Hurriyet leaders.

early settlement of the Kashmir dispute.