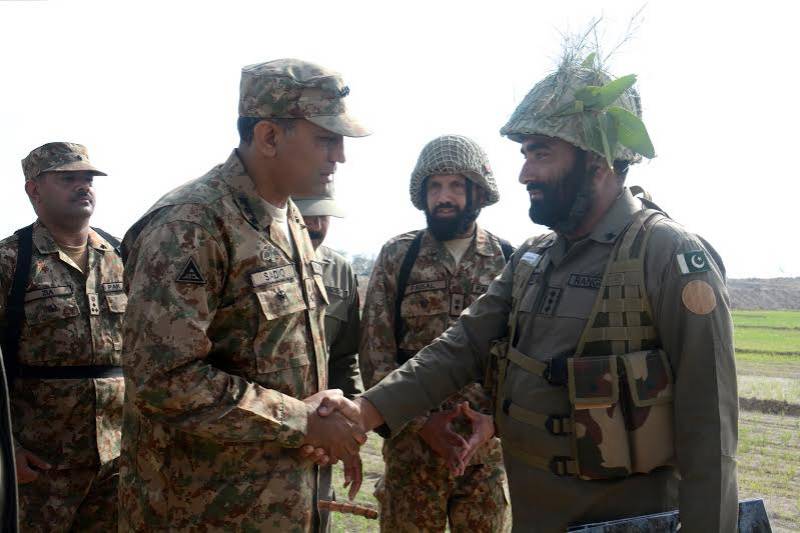 Sadiq Ali on Wednesday visited forward areas near Lahore and

According to the ISPR, he exchanged Eid greetings with

troops of Pakistan Army and Punjab Rangers deployed at forward

posts. He commended their high morale and dedication to the

The Corps Commander, talking to the troops said that

soldiering is a supreme national service and they should take

pride for being the blessed ones.

He urged the troops not to lower their guards and pursue

their operational tasks with even greater dedication and zeal.

Lahore and inquired after the patients there.