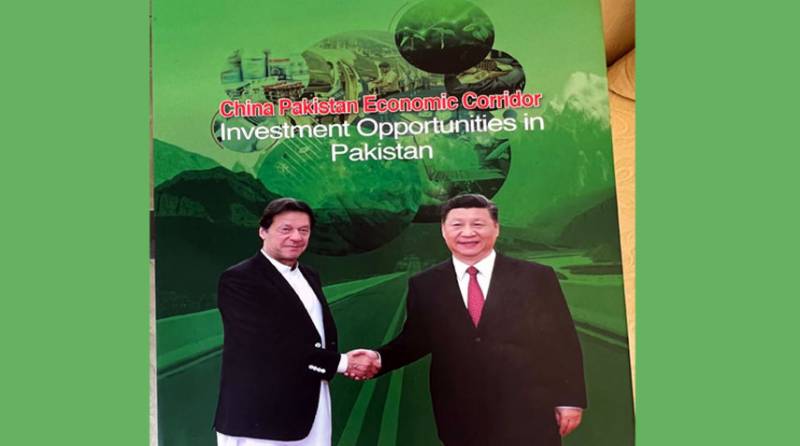 Special Assistant to Prime Minister on CPEC Affairs Khalid Mansoor said that a consortium comprising of three Chinese companies have submitted a proposal to establish a low carbon recycle plant at Gwadar with an estimated investment of four point five billion dollars. He said the plant will process and export the high value metals. This will generate forty thousand job opportunities.

He further said that China has given the assurance of high quality and expeditious development of second phase of China-Pakistan Economic Corridor (CPEC) during the visit of Prime Minister Imran Khan to Beijing.

Addressing a news conference in Islamabad on Monday, he said the leadership of Chinese companies during meetings with Prime Minister Imran Khan appreciated the environment and facilitation being provided by Pakistan to the Chinese investors.

Khalid Mansoor pointed out that Prime Minister Imran Khan held twenty back to back meetings in Beijing during which the Chinese companies showed interest for investment in different sectors including industries, agriculture, Information Technology, infrastructure, housing and construction mining and oil refinery.

The Special Assistant said it will now be our effort to give a practical shape to their interest in the shortest possible time.

The Special Assistant said that China will establish a center for training of farmers in agricultural mechanization.

Khalid Mansoor said one Chinese company has entered into a joint venture with Fauji Fertilizer Company for production of Soybean and Corn. He said a Chinese Company Royal Group has submitted a proposal to establish four large scale buffalo farms in Pakistan where it will process milk and prepare value added products.

The Special Assistant said that a big Chinese company has also decided to establish a textile cluster on one hundred acres of land.

Khalid Mansoor said that China has also reaffirmed the commitment to the construction of Karachi Coastal Comprehensive Development Zone with an investment of 3.5 billion dollars.

Khalid Mansoor said that a Pakistan cellular company has reached an agreement with a Chinese company to lay fiber optic at an area of one hundred thousand kilometers. This will help connect our big cities with the optical fiber.

He said China also wants to establish a LNG storage facility at Karachi port with an investment of five hundred million dollars.

He said local manufacturing and assembly of mobiles will also be started by China in the Science and Technology zone.

The Special Assistant was confident that the country will now head towards industrialization which will benefit the economy and provide job opportunities to the youth.