US preparing for preemptive nuclear strike against North Korea
7 Feb, 2018 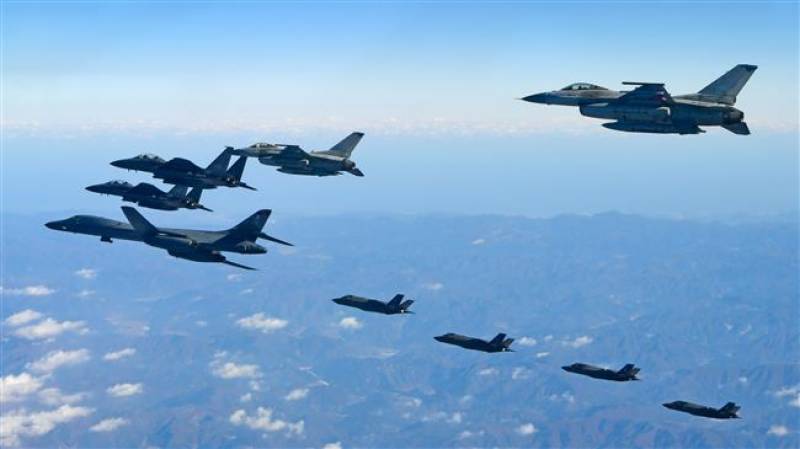 ISLAMABAD - North Korea has accused the United States of "deploying large nuclear assets" on the Korean Peninsula and laying the foundation for a potential preemptive strike against it.

North Korean diplomat Ju Yong Chol told the UN-sponsored Conference on Disarmament in the Swiss city of Geneva on Tuesday that Washington was seeking to aggravate the situation on the divided peninsula by deploying nukes in preparation for a possible preemptive attack.

"In view of the nature and scale of US military reinforcements, they are designed to make a preemptive strike against the DPRK," the diplomat said referring to his country's official name the Democratic People's Republic of Korea.

"US officials including the defense secretary and the CIA director repeatedly talked about DPRK nuclear and missile threat to justify their argument for a military option and a new concept of a so-called 'bloody nose', a limited preemptive strike on the DPRK is under consideration within the US administration," Ju said.

Months of fiery rhetoric between the United States and North Korea have seen Trump drawing criticism at home for repeatedly using highly-menacing language toward Pyongyang.

In recent months, Trump has engaged in a bitter war of words with North Korean officials, and has threatened to "totally destroy" the country if it threatens the US or its allies.

In his first State of the Union address on Wednesday, Trump struck a dire note of warning about North Korea, saying the country’s “reckless pursuit of nuclear missiles could very soon threaten our homeland.”

Fed up with the American president’s harsh rhetoric, Pyongyang warned in a statement on Sunday that “If Trump does not get rid of his anachronistic and dogmatic way of thinking, he will only bring about the consequence of further endangering security of the United States.”

In late November, Pyongyang successfully test-launched what American military experts called a Hwasong-15 ICBM, the largest North Korean missile tested to date with a presumably long-enough range to deliver nuclear warheads deep into the US mainland.

The US and its allies in the West and in Asia engineered tough UN sanctions on North Korea last year when Pyongyang test-fired two missiles in July and then carried out its most powerful nuclear test in August. The photo, taken on November 29, 2017 and released on November 30, 2017 by North Korea's official Korean Central News Agency (KCNA), shows launching of the Hwasong-15 missile which is capable of reaching all parts of the US. (Photo by AFP)

However, many said the sanctions would not deter North Korea from pursuing its nuclear and missile program, which Pyongyang insists is part of its defense policy against the United States. Critics have repeatedly warned that sanctions would more affect North Korean people rather than its military and the government.