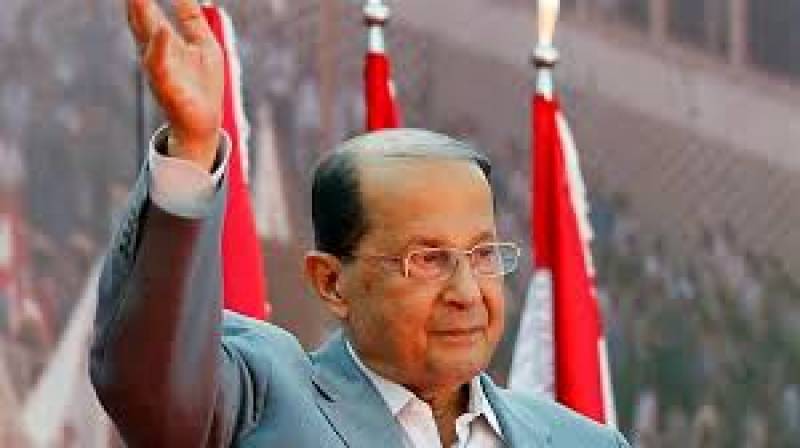 ISLAMABAD- Beirut,Lebanon's president Friday rejected any international probe into the catastrophic port blast, saying a missile or negligence could have been responsible as rescuers desperately combed the rubble for survivors.

The entrenched ruling class has come under fire once again since Tuesday's explosion, which killed at least 154 people and devastated swathes of the capital.

The revelation that a huge shipment of hazardous ammonium nitrate had languished for years in a warehouse in the heart of the capital served as shocking proof to many Lebanese of the rot at the core of their political system.

Even Lebanese President Michel Aoun admitted Friday that the "paralysed" system needed to be "reconsidered".

"We are facing changes and reconsidering our system, which is built on consensus, after it was seen to be paralysed and incapable of swiftly executing decisions," Aoun told reporters.

He pledged "swift justice", but rejected widespread calls for an international probe, telling a reporter he saw it as an attempt to "dilute the truth".

"There are two possible scenarios for what happened: it was either negligence or foreign interference through a missile or bomb," he said, the first time a top Lebanese official raised the possibility that the port had been attacked.

What ignited the massive shipment of the chemical remains unclear -- officials have said work had recently begun on repairs to the warehouse, while others suspected fireworks stored either in the same place or nearby.

Near the seat of the explosion, by the carcass of the port's giant grain silos, rescue teams from France, Russia, Germany, Italy and other countries coordinated their search efforts.

Four bodies were uncovered near the port's control room, where a significant number of people were expected to have been working at the time of the blast.

No one has been found alive.

"I am waiting to hear that you have been rescued alive, my dear," tweeted Emilie Hasrouty, whose brother is among the missing.

"I am paralysed with fear."

At the port, reduced to an enormous scrapyard, excavators removed mangled shipping containers to clear a path for rescuers.

Civil defence teams anxiously watched a sniffer dog as he paced around a gap under a fallen crane.

Beirut has received a stream of international assistance since the blast, with the president of the European Council, Charles Michel, set to visit the ravaged capital on Saturday.

French President Emmanuel Macron was the first world leader to touch down in Lebanon on Thursday, where he pressed officials to enact deep reform ahead of an aid conference planned in the coming days.

Macron spoke on Friday to US President Donald Trump, with the White House saying they would work "with international partners to provide immediate aid to the Lebanese people".

Lebanon's hospitals, already strained by rising coronavirus cases and a severe economic crisis, were heavily damaged by the blast and overwhelmed by casualties.

Relief flights from Iran, Saudi Arabia and the United Arab Emirates landed in Lebanon on Friday, following others from France, Kuwait, Qatar and Russia.

Two days after the blast, Lebanese were flocking to a 20-tent Russian field hospital newly established in the capital's largest sport stadium.

The United Nations said up to 100,000 children are among the 300,000 people made homeless, including many who have been separated from their families.

With destruction from the blast engulfing half of the capital and estimated to cost more than $3 billion, world leaders, advocacy groups and Lebanese have demanded an international probe to ensure impartiality.

But Lebanon's powerful Hezbollah movement said Friday the army should lead such a probe because it was "trusted" by all.

Hezbollah chief Hassan Nasrallah denied accusations the Shiite party had been storing arms at the port, saying: "We have nothing in the port."

Lebanon's probe has so far led to 21 arrests, including the port's general manager Hassan Koraytem, other customs officials and port engineers, a judicial source told AFP.

Dozens more were being interrogated by Lebanon's military court, which is focusing on administrative and security officials at the port as well as government authorities who may have ignored warnings about explosive materials.

"The list of arrests will reach the top guys, who are now among the suspects," the source said.

The measures did not dampen the anger in Beirut's streets, where dozens of demonstrators scuffled with security forces firing tear gas late Thursday.

More protests are planned for Saturday afternoon under the slogan, "Hang them by the gallows.(AFP/APP)