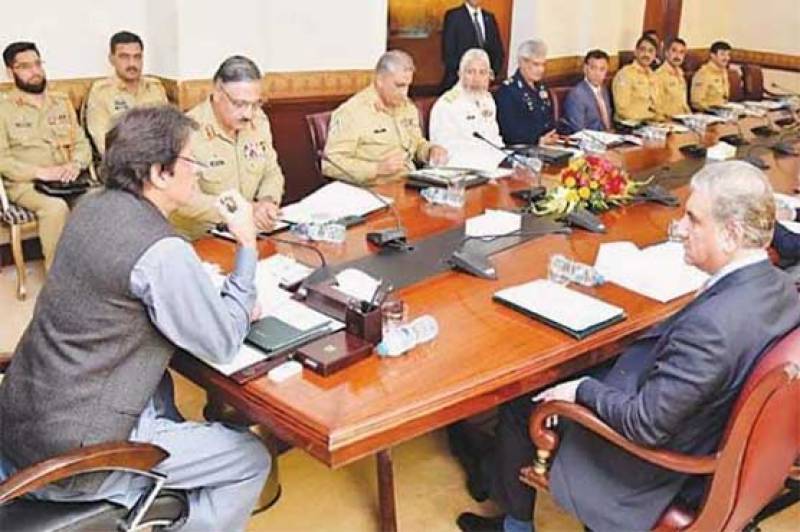 ISLAMABAD – In the emergency National Security Committee Meeting in Islamabad, Key decisions have been taken against India over diplomtic, economic and cultural relations.

The National Security Committee (NSC) – being chaired by Prime Minister Imran Khan – has on Wednesday decided to review diplomatic ties with India after it ended special status of occupied Kashmir by scrapping articles 35A and 370 of the Constitution.

NSC is deliberating on sealing the Wagah border, and also to end trade and cultural ties with New Delhi.

Let it be known that this is the second session of the NSC within a week and is being attended by the civil-military leadership to analyze situation in Indian-occupied Kashmir.

According to the sources, Indian aggression on the Line of Control (LoC) will be given a befitting response. Cultural, diplomatic and trade relations with India will also be revised while in the present case the decision to open airspace will also be reviewed again.

It is pertinent here that Prime Minister Imran Khan has formed a seven-member committee to review the political, diplomatic and legal aspects of the occupied Kashmir.