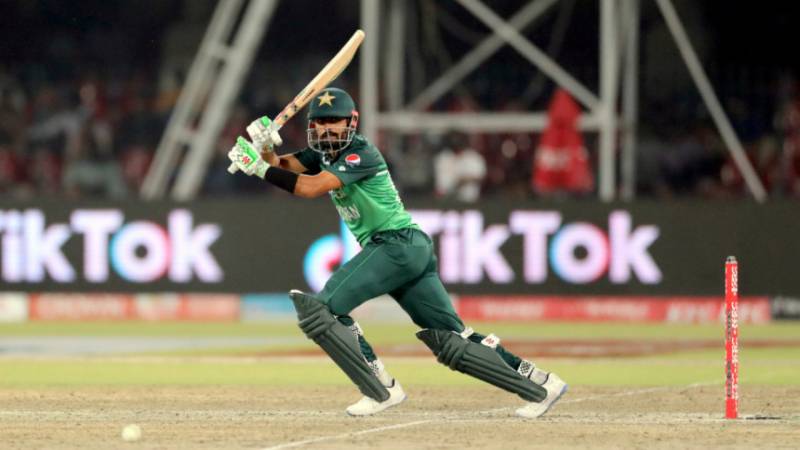 Pakistan captain Babar Azam was already renowned as one of the world's finest white-ball batsmen but he can now justifiably join the ranks of Australia's Steve Smith, India's Virat Kohli, England's Joe Root and New Zealand's Kane Williamson as a modern-day master.

"Glad we don't have to bowl to Babar any more for a while," said limited-overs captain Aaron Finch after Azam top scored for the third match running with 66 in his side's 162-8 in Tuesday's lone T20 international.

Azam stood tall in all three formats but his 425-ball, 607-minute, career-best 196 to save the second Test in Karachi was an epic.

Two years after his last Test century, his extraordinary display was the highest fourth-innings score by a captain in history.

There was no let-up in the ODI series as he smashed back-to-back hundreds in the last two matches in Lahore to lead Pakistan's come-from-behind 2-1 victory.

Meanwhile, Australia's cricketers were heading home Wednesday after completing their first tour to Pakistan since 1998.

Pat Cummins' side won the three-Test series 1-0, lost the one-day internationals 2-1 and rounded off an incident-free trip with victory in the lone Twenty20 international. It was the first full tour to Pakistan by a top Test-playing nation since the fatal attack on a Sri Lanka team bus in Lahore in 2009.