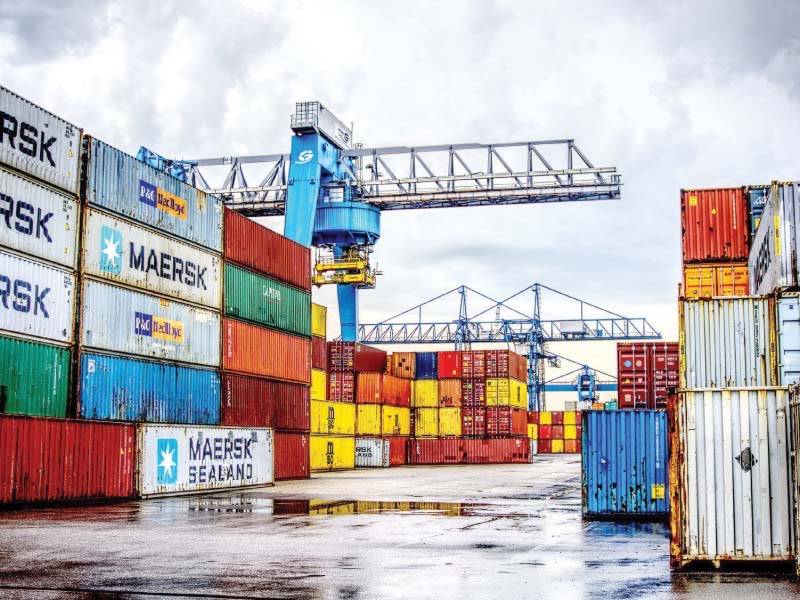 BEIJING - Pakistan’s exports to China crossed $ 67.072 million in the first two months of 2022, which recorded a nearly 23% increase year-on-year, shows the official data from the General Administration of Customs of China (GACC).

Despite the COVID-19 pandemic, bilateral trade has increased significantly. Pakistan’s exports stood at $67 million in the first two months of 2022, up 22.77 percent from $54 million in the same period of the previous year, China Economic Net (CEN) reported on Thursday.

Last month former adviser to Prime Minister on Commerce and Investment Abdul Razak Dawood announced via Twitter that China was opening the Khunjrab Border which would help further increase Pakistan’s exports to the country.

“We are pleased to share that China is opening the Khunjrab Border on April 1, 2022. It will not only help in the utilization of the second phase of Pakistan-China FTA (Free Trade Agreement) but also support local commerce on both sides of the border, especially the fruit and vegetable exporters from northern Pakistan.

I urge the exporters to take advantage of this opportunity and increase their exports to China,” said Abdul Razak in a tweet.

According to the GACC, overall, from January to February 2022, China’s imports and exports from Pakistan counted $4.365 billion irrespective of COVID-19, which impacted FY2022 as well.

In the first two months of the current year, China’s export to Pakistan also increased by 15.32 percent amounting to $3.69 billion as compared to the previous year which was $3.20 billion.

Among the growth of trade in major products between the two countries, textiles, seafood, and agricultural products had increased year on year, which had promoted Pakistan’s economic recovery and increased its exports to China, especially cotton yarn, rice, sesamum seeds, pine nuts that got a boom in the Chinese market.