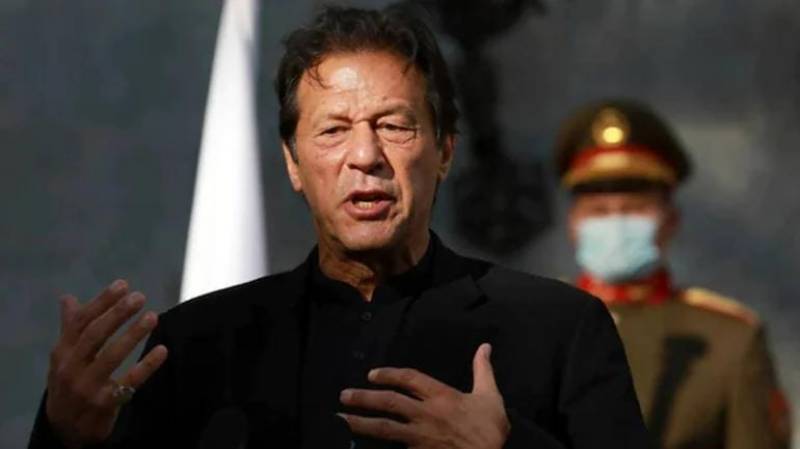 Pakistan's embattled Prime Minister Imran Khan on Wednesday approached the Supreme Court to set up a Memogate-style judicial commission to probe an alleged "foreign conspiracy" to topple his democratically-elected government.

The Memogate involved Pakistan’s then-ambassador to the US, Hussain Haqqani, who was alleged to have written an unsigned letter to a high-ranking American official in May 2011, exposing serious rifts between the then Pakistan Peoples Party-led government and the powerful Army.

Khan has repeatedly claimed that a vote of no-confidence against him in the National Assembly, tabled by the Opposition, was part of a US-led conspiracy to remove him, but the US has denied this.

In a controversial move that has roiled the country, members of Khan's Pakistan Tehreek-e-Insaf party on Sunday blocked a vote of no-confidence in the Prime Minister and got the President to dissolve Parliament.

Furious opposition politicians have now filed a petition to the Supreme Court to rule on whether the move to block the vote was constitutional. The apex court was initially expected to decide by the end of Monday, but delayed the decision until Thursday.

"It is the genuine aspiration/desire of the answering Respondent [Imran Khan] that this honourable court which has taken cognisance of this matter should hold inquisitorial proceedings as done in the “Memogate case” and constitute a high-powered commission of judges of the Superior Court.