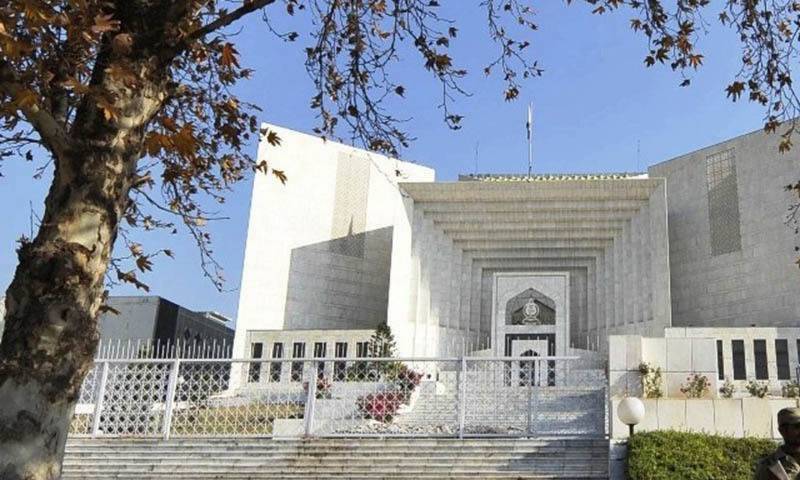 The top judge, however, asked the lawyers to assist the court for “solution” in the future. “One thing is clear which is the deputy speaker’s ruling link is wrong, what will be the next stem,” he inquired.

Justice Bandial said that the five-judge larger bench will pronounce its verdict link the rejection of the no-confidence motion today.

During the hearing, the CJ mentioned that the court will have to look after the national interest.

During the course of proceedings, Chief Justice of Pakistan Justice Umar Ata Bandial observed that apparently constitution was violated in the Assembly. “If the voting had been allowed, then it would have become clear who is the prime minister. Prime Minister cannot dissolve the assembly if a no-confidence motion is tabled. What would be the consequences if the prime minister violates Article 58,” the CJP asked.

The top judge remarked anyone who is losing a no-trust vote tomorrow can opt for new elections.

Justice Bandial said “There is no crisis in the country. Billions are spent on the new elections and the country also passes from a tough situation during the 90 days. We should think of the country.”

Justice Mandokhel further asked can the prime minister advise the president dissolution if the majority of the assembly oppose it?

Justice Mandokhel also pointed out that the minutes of the parliamentary committee meeting, which were submitted to court by speaker's lawyer Naeem Bukhari, didn't prove if the deputy speaker link was present. Continuing, Justice Mandokhel asked whether the foreign minister was present during the parliamentary committee meeting, noting that his signature was not included in the record.

At this, Chief Justice of Pakistan (CJP) Umar Ata Bandial pointed out that Moeed Yusuf's name was also not included in the record.

Justice Ijazul Hassan said the assembly could have reversed the deputy speaker’s ruling link had it not been dissolved. “Prime Minister cashed in on the opportunity and dissolve the assembly,” he added.

Justice Muneeb Akhtar remarked was the prime minister aware of the deputy speaker’s ruling link that he was sitting ready to address the nation. “It was not in speaker’s powers to rejected no-trust move through ruling link,” he added.

Justice Muneeb further asked why the voting was not conducted after the ruling link?