CJP refused to give verdict on Punjab Assembly dilemma
7 Apr, 2022 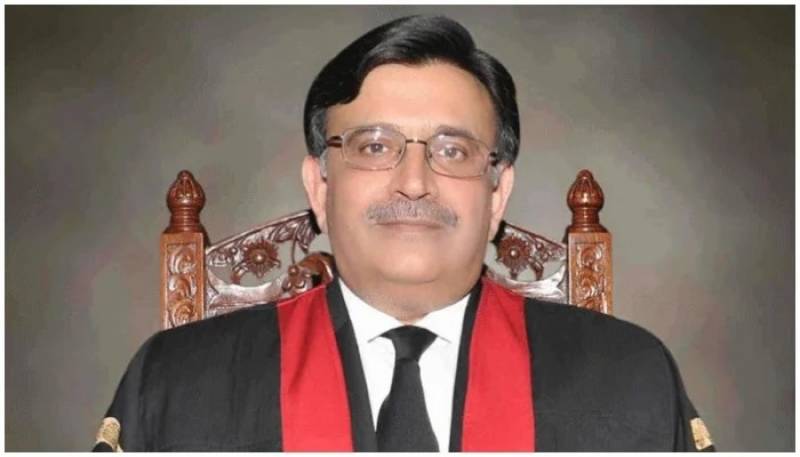 ISLAMABAD: Referring the case to the Lahore High Court (LHC), Chief Justice Umar Ata Bandial on Thursday refused to give verdict on the dilemma of the Punjab Assembly.

The chief justice said this in response to the advocate general Punjab’s bringing up the issue of Pakistan Muslim League-N leader Hamza Shahbaz’s being elected as a new chief minister, by the joint opposition MPAs in a symbolic session of the Punjab Assembly (PA), at the Supreme Court in Islamabad, during hearing of the suo moto case about dismissal of no-confidence motion in the National Assembly.

The advocate general Punjab said the constitution held a minute importance before them.

He said former governor would administer oath to Hamza Shahbaz as the CM at Bagh e Jinnah in Lahore on April 7 (today). “Hamza has also convened a meeting of bureaucrats today,” he said.