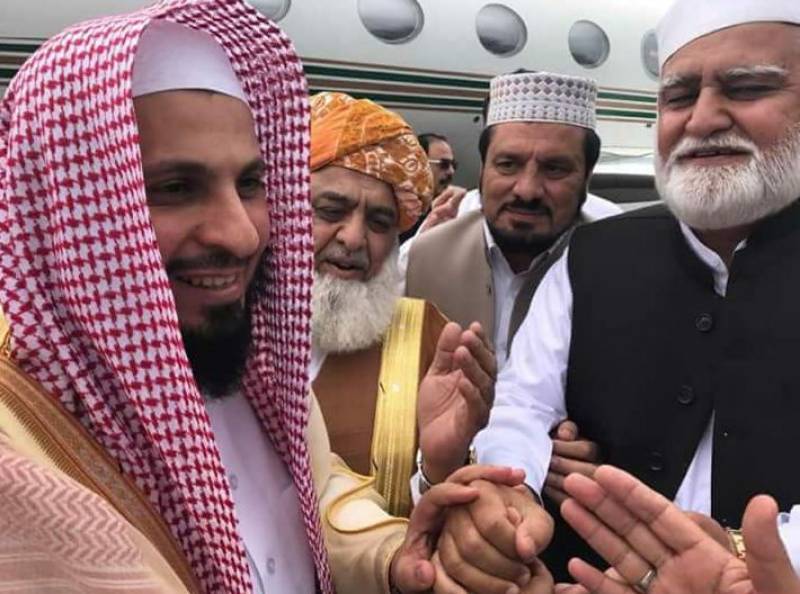 A large number of people from not only Pakistan, but across the globe were present at the gathering held to celebrate 100 years of Jamiat Uleme-e-Islam (JUI-F).

The ground in Azakhel area of Nowshera in Khyber Pakhtunkhwa was turned into a city of camps to welcome the people.

The members of JUI from America, London and other parts of the world were in attendance at the gathering.

The imam of Kaaba arrived in Peshawar yesterday to attend the centennial celebration of JUI, which is being held between April 7 and 9.

The imam of Kaaba is on a visit over the invitation of Fazl.

The former is likely to deliver the sermon and lead Friday prayer.

According to a spokesperson of JUI-F, Abdul Jalil, four million people were expected to attend the celebration, along with delegates from 52 countries.

The military alliance will face issues posed to the nations part of it, said the Saudi Arabia religious affairs minister while addressing the gathering in Azakhel.