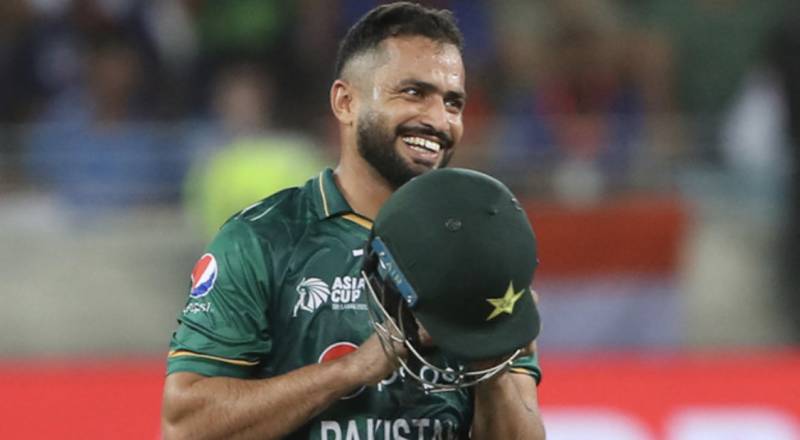 DUBAI: Mohammad Nawaz wants to be a “proper all-rounder” after his batting blitz set up a thrilling win for Pakistan against arch-rivals India in the Asia Cup Super Four. Chasing 182 for victory, Pakistan achieved the target with one ball and five wickets to spare in Dubai after Muhammad Rizwan hit 71 and Nawaz made 42. Nawaz, a left-arm spinner who usually bats at eight but was promoted to number four, joined Rizwan when the score was 63-2 and the two put on a key stand. The 28-year-old Nawaz smashed six fours and two sixes in his 20-ball knock to put the chase on track. Nawaz, who returned bowling figures of 1-25 in India’s 181-7, also took three catches and was named man of the match. “To play such an innings in a high-pressure game has definitely given me confidence,” Nawaz told reporters after Sunday’s victory in the regional T20 tournament which acts as a tune-up for the World Cup in October. “I have got the opportunity to grow as a player and I will try my best to live up to the rising expectations. “I will work hard and try to perform better as a proper all-rounder for the Pakistan team.” Nawaz fell in the 16th over and soon Rizwan was out after his second successive half-century.