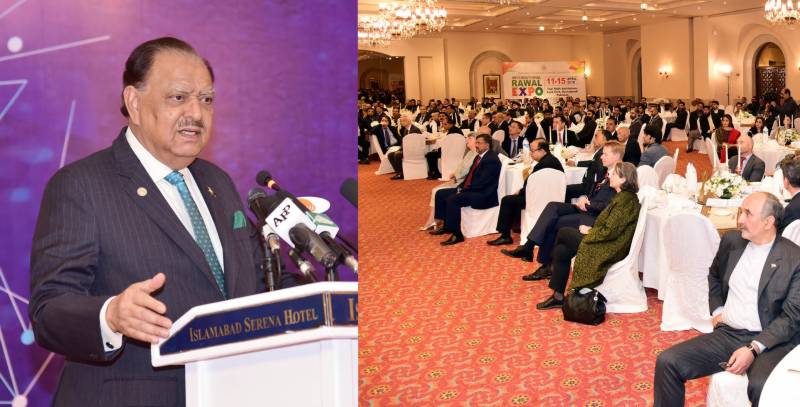 Addressing an event of Rawalpindi Chamber of Commerce and Industry in Islamabad, he said Pakistan has enacted legislation to facilitate domestic and International business making the country an attractive place for investment in the region.

The President said CPEC will usher in a new era of economic prosperity across the region as well.

He said exports of the country have been increased over 11 percent.

The President said GDP growth rate had reached five point three percent which was the highest during last 10 years.

He said that vast opportunities are available in the sectors of economic services, tourism and energy.

He said Pakistan had suffered enormous losses of lives and properties due to terrorism, however, the government had worked diligently to improve the situation through robust diplomatic, political and administrative measures.APP/AFP