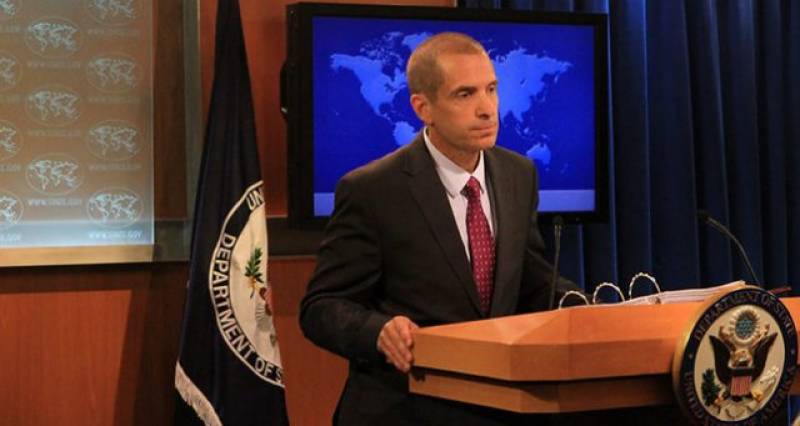 WASHINGTON: The United States condemned North Korea’s launch of four ballistic missiles, vowing that Washington was ready to “use the full range of capabilities at our disposal against this growing threat.”‎

Toner added: “We remain prepared — and will continue to take steps to increase our readiness — to defend ourselves and our allies from attack, and are prepared to use the full range of capabilities at our disposal against this growing threat.”‎

Under leader Kim Jong-Un, Pyongyang has ambitions to develop an intercontinental ballistic missile (ICBM) capable of reaching the US mainland — which Trump has vowed will not happen.

Seoul said four missiles were fired from North Pyongan province into the East Sea — its name for the Sea of Japan — and that South Korea and the US were “closely analyzing” tracking data for further details.

The State Department said Pyongyang’s bellicose actions will only help strengthen the already “ironclad” resolve of Washington and its allies against North Korea’s “unlawful conduct.”

“We call on all states to use every available channel and means of influence to make clear to the DPRK and its enablers that further provocations are unacceptable, and take steps to show there are consequences to the DPRK’s unlawful conduct,” Toner added.

“Our commitment to the defense of our allies, including the Republic of Korea and Japan, in the face of these threats, remains ironclad.” –AFP