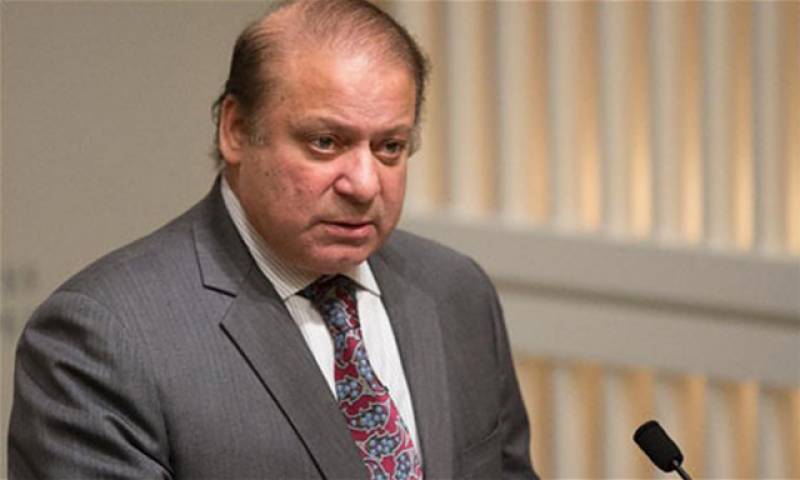 ISLAMABAD: (APP) Prime Minister Muhammad Nawaz Sharif will pay a two-day official visit to the State of Kuwait from March 6-7 to further cement the bilateral ties.

The Prime Minister will be accompanied by Shahid Khaqan Abbasi, Minister of Petroleum and Natural Resources, Syed Tariq Fatemi, Special Assistant to the Prime Minister on Foreign Affairs and Chairman Board of Investment Miftah Ismail, said a press release.

The Prime Minister's visit is taking place, particularly at a significant time in the bilateral, regional and global context.

During the visit, the Prime Minister will meet the Kuwaiti leadership for in-depth review of various aspects of the traditionally close and brotherly relations between the two countries.

The Prime Minister will also address gatherings of select Kuwaiti investors, as well as members of Pakistani community residing in Kuwait.

Amir of Kuwait Sheikh Sabah Al Ahmed Al Sabah, will receive the Prime Minister in Bayan Palace for a detailed meeting, on Tuesday.

Important regional and international issues of mutual interest are expected to come under discussion during the visit.

In each of these meetings, the Prime Minister will exchange views with the Kuwaiti side to further expand the existing level of cooperation between Pakistan and Kuwait in diverse sectors. These include promotion of bilateral trade and investment and upgrading the well-placed institutionalized cooperation in the fields of petroleum and natural resources, financial sector, defence, export of manpower, health services, industrial sector, and media and information technology etc.

Both sides will also review the progress made so far under various existing Agreements and MoUs in various fields.

Prime Minister Nawaz Sharif will also address a group of leading Kuwaiti investors and businessmen. Kuwait is a leading GCC investor in Pakistan. This visit will provide a useful opportunity to highlight the lucrative business environment available in Pakistan to foreign investors, in diverse fields.

The Prime Minister will underline the unique role Pakistan can play as a bridge to promote connectivity and economic progress among its neighboring regions, including the GCC countries.

The visit will also prove useful in highlighting the role and exemplary services of over 114,000 Pakistani community members who have contributed to various sectors in Kuwait. The community contributes towards progress and prosperity of both Kuwait and Pakistan.

The Prime Minister will address a select gathering of Pakistani community members residing in Kuwait.

Prime Minister Nawaz Sharif's visit to Kuwait is part of the regular high level exchanges between the two sides.

He was the first Head of Government from a GCC country to visit Pakistan, after Prime Minister Muhammad Nawaz Sharif took office in May 2013.

Pakistan and Kuwait enjoy cordial and brotherly relations. Kuwaitis have always appreciated Pakistan's support in the rehabilitation process in 1991 following Iraqi occupation of their country.

Pakistan and Kuwait also cooperate extensively in the multilateral forums including at the UN and OIC. Both sides also have shared perceptions on most of the international and regional issues.