NAP implementation in KP has changed the destiny of province: Report
6 Mar, 2017 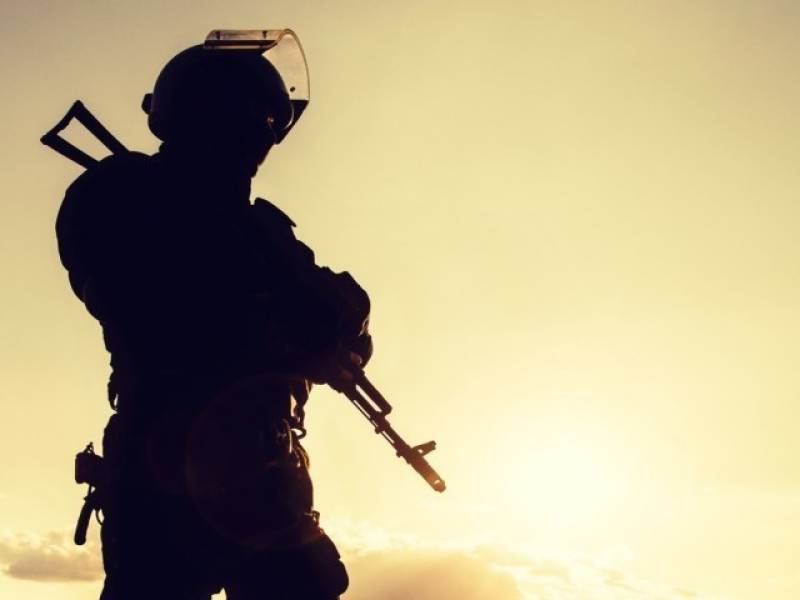 PESHAWAR: (APP) Khyber Pakhtunkhwa where bomb and suicide explosions were routine matter and terrorists were freely operating in rural and urban areas five years ago,now had been squeezed to their confines due to implementation on National Action Plan (ANP) aimed at purging the country from menace of terrorism.

The people can recall when the PML-N Government came to power in 2013, four to six bomb explosions were taking place in the country daily but due to the Coordinated efforts of provincial governments and visionary approach of Prime Minister Muhammad Nawaz Sharif along with Armed Forces against monster of terrorism,such incidents have been significantly slashed in KP during recent years.

The desperate terrorists are now targeting soft and vulnerable targets like Thangi Charsadda court assault near Mohmand Agency and Shrine of Lal Shahbaz Qalandar in Sehwan Sharif after finding it hard to reach the sensitive points.

Following the horrific terrorists' attack on Army Public School Peshawar back on December 16, 2014 where around 152 people, most of them innocent children were brutally massacred, the PML-N government taking onboard all the political forces unanimously chalked out nationally agreed NAP to initiate large scale crackdown against terrorism and extremism.

Terrorists who were prowling unchecked before 2013 were flushed out from their strongholds in rural and urban areas and those putting up resistance were silenced forever, owing to successful counter terrorism operations by security forces.

The successful actions of present Federal Government and law enforcement agencies under NAP had provided the much needed relief to militancy-ridden people of Khyber Pakhtunkhwa and restored normalcy to the the province.

Under NAP, he said the government has raised the Counter Terrorism Department (CTD) in KP to counter terrorism on modern and scientific lines."I am quite satisfied with the progress achieved by the government and law enforcement departments under NAP and the writ of government has been restored in all restive areas of KP," he maintained.

Officials in Home and Tribal Affairs Department told APP that under NAP, the CTD had conducted 2992 targeted operations during last three years (2014-17) and apprehended as many as 4403 suspects besides seizing about 6000 detonators, 2000 kilograms explosives, 227 pistols and 23 suicide jackets in various search and strike operations across the province.

As many as 1025 cases had been registered so far and 1057 persons were arrested under various charges and 54 abducted persons had been recovered from custody of kidnappers,they added.

The police checked 659,907 houses and registered 24,276 FIRs besides searching 204,332 hotels and registration of 3,338 FIRs against violators of the government orders.

Actions against illegal Afghans immigrants were also taken by the KP police under NAP and detained 34,477 suspects besides registering FIRs against 18,007 illegal Afghans under Foreign Act.

The security inspections of 526,416 schools, colleges and universities were carried out against which 211,046 advisories and 31,460 warnings were issued and about 9,044 FIRs were registered in aforesaid period.

Under NAP, police also took strong action against misuse of loud-speakers and lodged 4,486 FIRs besides seizing 3,860 loud speakers and arresting 4,604 persons. Observing zero tolerance against hate speeches by KP police 273 persons were apprehended while 1,564 hate materials were seized and 182 FIRs were lodged.

To prevent hate and provocative speeches and ensure interfaith harmony, the officials in Home Department said a 23-member Ulema Board comprising religious scholars of all schools of thought, led by Central Khateeb KP Maulana Muhammad Ismail and Secretary Aukaf as its convener, was constituted to promote harmony, brotherhood and tolerance in society, adding that the board would also give recommendations to counter religious extremism, publication of hate material and suggest reforms for religious seminaries.

The Board has been established under the directives of Chief Minister KP and its formal notification was issued on January 31, 2017.

According to a Police Spokesman as many as 2,183 persons with fake Computerized ID Cards(CNIC) and 950 those who attested the credentials of fake CNIC holders were held and 210 touts, illegal facilitators and agents were charged and 358 FIRs were registered against them. 354 other persons were also held on similar charges.

Regarding Hundi/Hawala (Money Laundering) cases, the KP police registered 11 cases besides arresting 52 persons, sealed 134 shops and seized Rs1,287,890 and 607 Riyal currency from the custody of the accused.

Officials in Home Department said that 339 officials including officers of KP police were imparted professional training in different courses including DNA analysis, medico-legal reporting, Cellular Forensic, IT skill investigation etc in 2016 as part of their capacity building to trace terrorism, extortion and kidnapping for ransom related cases on scientific lines.

Sardar Aurganzib Nalota, Parliamentary Leader PML-N in KP Assembly told APP that implementation of NAP was a shared responsibility of both centre and provinces and all institutions have to play their active role.

The great achievement of PM-N government is restoration of peace and government's writ in KP and FATA as well as other parts of the country," he said adding due to supreme sacrifices of security forces and people the peace has returned.

Brigadier (R) Mehmood Shah, former Secretary Law and Order FATA and renowned security analyst commenting on NAP told APP that NAP has provided a comprehensive guideline for countering terrorism and time has come to take decisive actions on all the points.

He said political point scoring on NAP should be avoided rather continued efforts should be made for its successful implementation, adding terrorism was a national issue and all stakeholders have to strengthen the government and security forces in this fight.