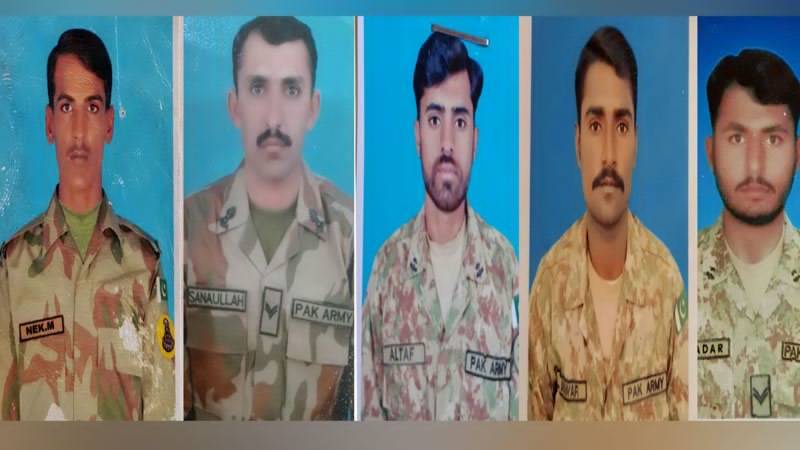 MOHMAND AGENCY: The ISPR issued a press release regarding the Sunday attack on the Afghan border check posts, detailing the names of the five soldiers who were martyred.

Over 10 terrorists were reportedly killed in the exchange of fire which resulted in the deaths of five security personnel including, Nk Sanaullah, Nk Safdar, Sepoy Altaf, Sepoy Nek Muhammad and Sepoy Anwar.

The Chief of Army Staff (COAS) Qamar Javed Bajwa appreciated the response of Pakistani troops in reaction to Sunday’s attack and called for equal security across the border for effective border control.