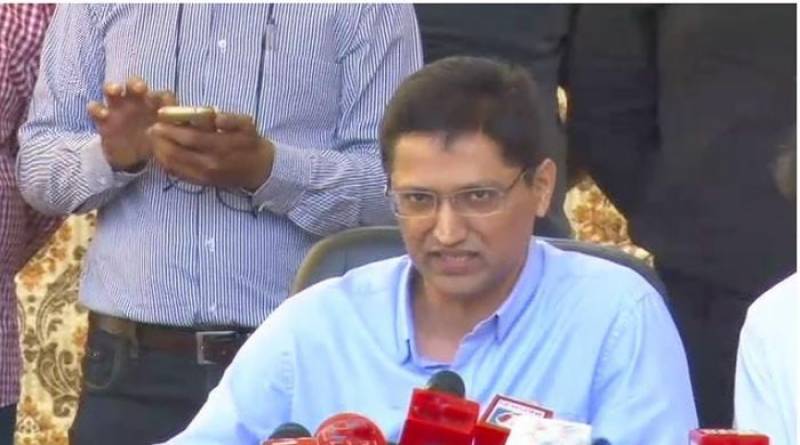 KARACHI: The killed and arrested terrorists — nabbed in Mehran Town of Korangi Monday morning— were involved in a number of attacks in Karachi, according to CTD DIG Amir Farooqui.

"The killed terrorist was head of the sleeper cell of a banned outfit, Lashkar-e-Jhangvi," Farooqui said while talking to the media on Monday. "Four of his accomplices has been arrested."

A few years back, they had carried out attacks at Jinnah Hospital, near Kala Pul and Dehli Colony, the CTD official maintained. "They had also facilitated the attack on SSP Chaudhry Aslam's house."

One terrorist was killed while four others were arrested during a raid in Korangi by the Sindh Police's Counter Terrorism Department (CTD) on Monday morning.

According to CTD Incharge Raja Umar Khatab, the killed terrorist has been identified as Dildaar alias Chacha and he belonged to a banned outfit. The official said Chacha was an expert in making explosive material.

The killed and arrested persons were planning a terrorism bid. However, CTD received a tip-off and subsequently raided their hideout.  A large amount of explosive material, detonators and weapons were found at the raided site.

A large amount of explosive material, detonators and weapons were found at the raided site. Moreover, the terrorist was involved in attack on naval buses and various other cases.

Moreover, the terrorist was involved in attack on naval buses and various other cases.