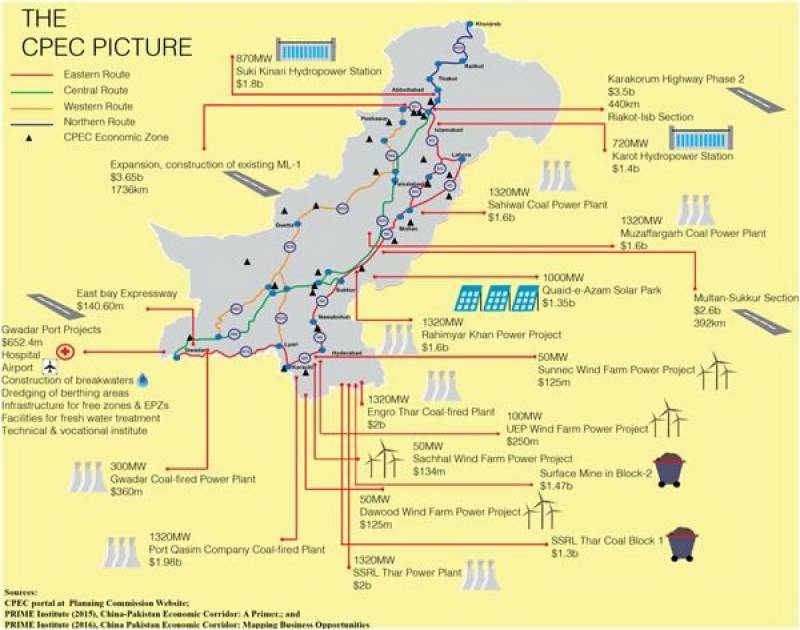 According to a statement issued by the planning ministry, the government has released Rs126 million for construction of a cross-border communication system between Pakistan and China.

Moreover, the government has released Rs20 million for a Pakistan-China technical and vocational institute at Gwadar.

Gwadar forms the southern Pakistan hub of the $57-billion CPEC of infrastructure and energy projects Beijing announced in 2014.

Since then, land prices have skyrocketed as property demand has spiked, and dozens of real estate firms want to cash in.

Last year, Pakistan welcomed the first large shipment of Chinese goods at Gwadar, where the China Overseas Ports Holding Company Ltd took over operations in 2013. It plans to eventually handle 300 million to 400 million tonnes of cargo a year.

The route through Gwadar offers China its shortest path to the oil-rich Middle East, Africa, and most of the Western hemisphere, besides promising to open up remote, landlocked Xinjiang.